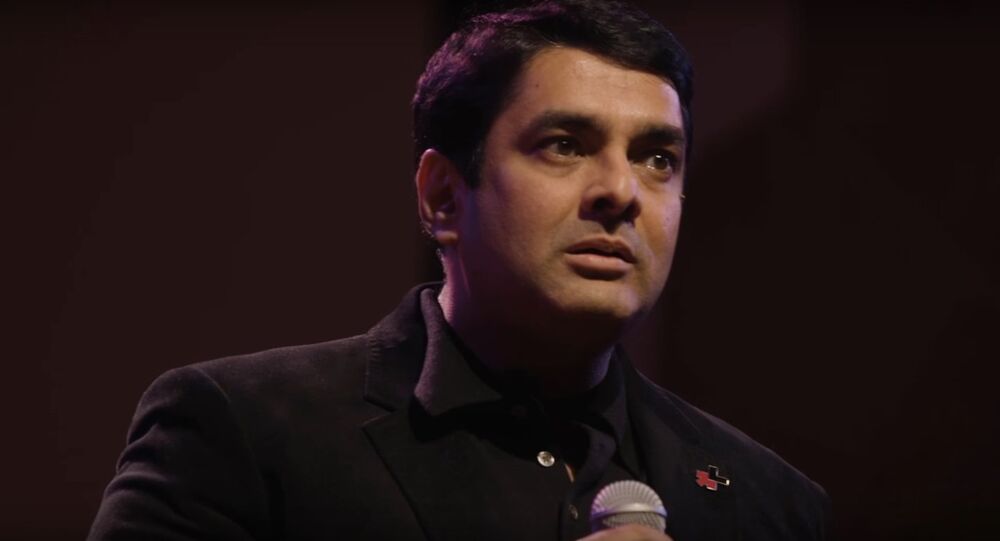 New Delhi (Sputnik) — An Indian national working with UN Women in New York has been dismissed from office after a 15-month-long investigation found him guilty of sexual misconduct. The dismissed official, Ravi Karkara, was a staff member of UN Women and former senior adviser to the assistant secretary-general of the UN.

"The investigative and disciplinary processes into allegations involving a U.N. Women staff member have concluded that sexual misconduct occurred. As a result, I have dismissed the staff member; this is the strongest disciplinary measure available. The staff member is prohibited from employment at the UN," Phumzile Mlambo-Ngucka, executive director of UN Women, said in a statement on Tuesday.

Karkara has been on administrative leave since the allegations surfaced against him.

© AFP 2021 / Prakash SINGH
Not So Tough: Indian Lawmakers Demand Separate Forum for Men Harassed by Wives
The UN Women head also informed the press that her organization was ready to cooperate with any national authority that decides to investigate.

Activists who pressed for investigation and action against the UN official have expressed their happiness over the dismissal.

Meet the supershero of realworld.. It takes alot of courage to stand for justice and truth and few people have courage to do so.. Voice of unheard ppl in real terms. @Mandy_Sanghera1.. Ur positivity is real motivation for people.. #Stand4Justice@Mjunaidmandoori @SheThePeopleTV pic.twitter.com/GNSRqvLwgq

​​After the judgement, the victims tweeted openly calling for justice and support.

I couldn’t of done this without @kerryandlacey and Ashish & the victim thank you all https://t.co/eZLdXQ5IpM thank you @sd_saurav for this article re @ravikarkara we have a lot to learn from this landmark case it’s a global game changer

A former colleague, Junaid Mandoori, said Karkara fixated on him for months in chats and text messages, asking him out and requesting nude photos and explicit videos. Mandoori told Newsweek that he left the international aid community because of the harassment.

Now need to support the victims to get justice psychological help and compensation, as many like me are getting funny comments from friends…
For me its not an issue becouse i am brave from many,i dare to speak..#MeToo

Another alleged victim, a member of the British Parliament, Lloyd-Russell Moyle, told Newsweek in August that Karkara had sent him photos of his genitalia over dating app Grindr and harassed him in the workplace.

No official statement on the dismissal has yet been issued by the government of India.