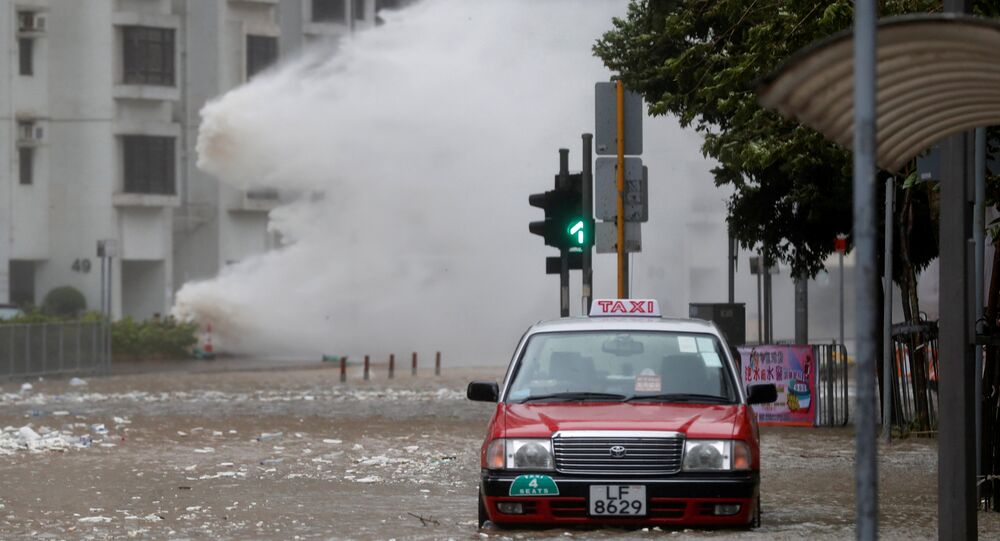 Death Toll From Typhoon Mangkhut in Philippines Rises to 65 - Reports

MOSCOW (Sputnik) - The number of people who have sought treatment in Hong Kong's hospitals after super-typhoon Mangkhut hit the region has increased to 362 people, local media reported on Monday.

According to Radio Television Hong Kong (RTHK), a public broadcasting service, the typhoon hit the Chinese special administrative region at about 5:00 p.m. on Sunday (11:00 GMT). Nearly 50 temporary shelters have been set up in the area, to which over 1,200 people have already turned. At least 889 flights to and from Hong Kong were canceled on Sunday due to the natural hazard.

As many as 64 people were injured and 43 remain missing, according to the news website Rappler.

Moment shows one of the most terrifying #Thunder & #Lightning ever captured in one of the city's of #China pic.twitter.com/KbuMVR38mu

According to media reports, in the Philippines, Typhoon Mangkhut claimed lives of at least 59 people; nearly 50 others were injured.

Mangkhut became the 22nd typhoon to strike world this year. Meteorologists recommend that the local authorities be ready for an emergency and promptly take all the necessary measures to eliminate the consequences of the possible catastrophe.

A total of 950,000 people have been evacuated in Guangdong's 14 cities as of Monday morning, the province's administration reported.