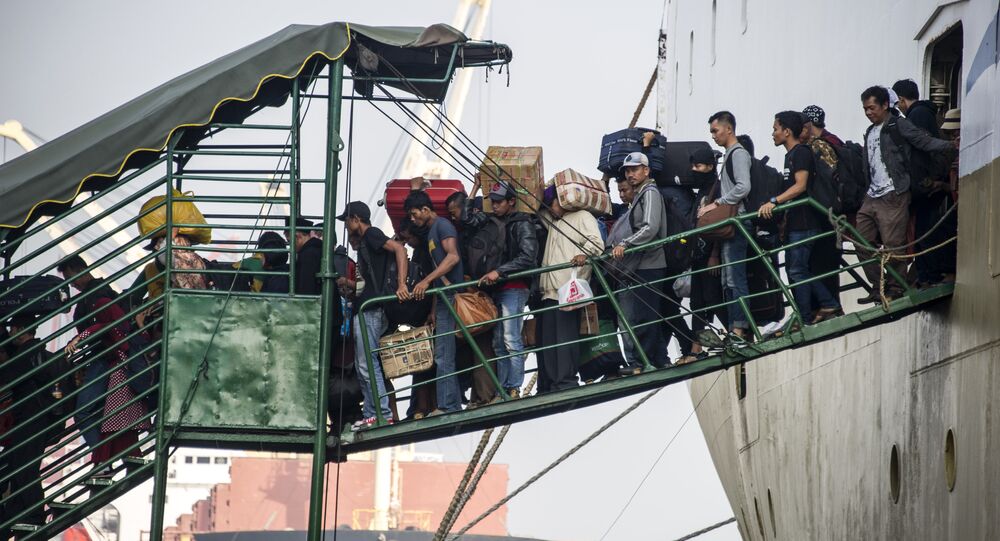 MOSCOW (Sputnik) - At least 13 people were killed in a fire that occurred on a ship off the coast of Indonesia on September 14, the Xinhua news agency reported.

As a result of the rescue operation, the services managed to save 126 people from the ship, the Xinhua news agency reported citing a spokesperson for Indonesian National Board for Disaster Management.

According to the Transport Ministry, the vessel was heading to Bangai port in Central Sulawesi province.

"The ship caught fire and finally went down in waters off Sagu Island," spokesman of the Transport Ministry Bambang Ervan said.

© AP Photo / Eugene Hoshiko, File
Japan Sends Helicopter Carrier to South China Sea For a Year-Long Mission
The cause of the incident is not reported.

"The search and rescue operation for possible missing people is underway. Combing of areas where the incident took place is being carried out," director general for sea transport of the Transport Ministry R. Agus H. Purnomo stated.

Ship ferrying is a popular transport in Indonesia, that includes over 17,500 islands.