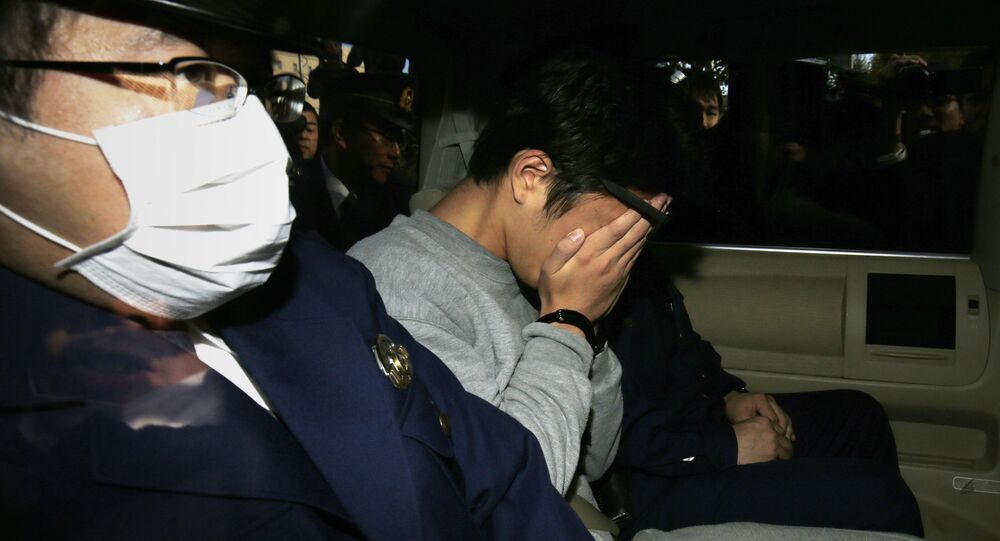 Last October, a killer was caught in Japan amid a police investigation into a missing woman who turned out to be one of the victims. He allegedly strangled nine people using a rope and chopped them up; he had targeted people with suicidal intentions on social media and offered them help ending their lives.

Takahiro Shiraishi, a 27-year-old Japanese serial killer who allegedly chopped nine people into pieces last year, was indicted with nine counts of manslaughter on Monday, The Japan Times reported. The decision came after experts decided that he was fit to face the charges following five months of psychiatric examination.

He has admitted to killing and butchering all nine of his victims and storing their body parts in cold-storage containers and boxes in his apartment in the city of Zama, Kanagawa Prefecture.

The horrifying story unfolded last October after police started an investigation into the disappearance of a 23-year-old woman, who was spotted on CCTV footage walking with Shiraishi near the apartment.

The footage led police to his unit, where they discovered a number of cold storage containers, which included at least two severed heads and 240 bone fragments. The body parts were also found covered with cat litter in a bid to hide the evidence. They supposedly belonged to eight women between the ages of 15 and 26 as well as one man. The male victim was searching for his missing girlfriend, who had been killed by Shiraishi, and was himself lured to the apartment, according to The Asahi Shimbun, a local daily.

Takahiro Shiraishi is believed to have lured people to his apartment who had expressed suicidal thoughts on Twitter, promising to assist with their suicides or die alongside them. After his arrest, Shiraishi confessed that he had killed all his victims over the course of two months, from August to October 2017, strangling them with rope and stealing their money. Some of the female victims were sexually assaulted. The killer is expected to either face a death sentence or life imprisonment.