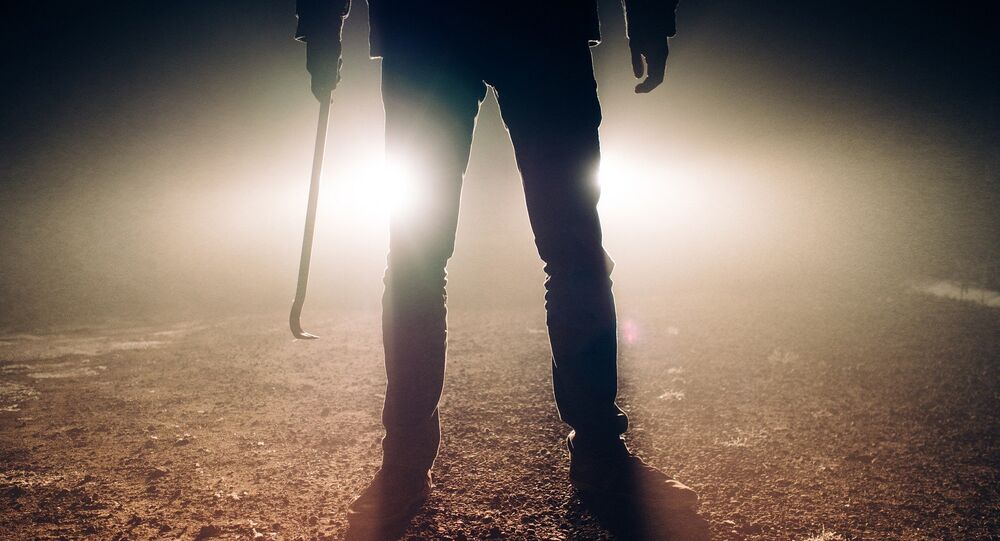 As the story goes, both Bent and Ryan were working as English teachers in Taiwan when they became involved with Mayer, who has been described by local Taiwanese outlets as being the "largest supplier of marijuana in northern Taiwan," Stars and Stripes reported.

Although it's presently unclear when Bent moved to Taiwan after ending his time with the US Marines in Okinawa, Japan, it has been established that he moved to the country at Mayer's request. Yvonne Carlock told Stars and Stripes in an article published Wednesday that Bent served with the US force from December 6, 2006, to August 7, 2009, as a cryogenics equipment operator. He was discharged as a private.

"Bent's rank at discharge is indicative of the fact that the character of his service was incongruent with Marine Corps' expectations and standards," Carlock said, before indicating that no further details about Bent's personal files could be released.

According to reports, Bent and Mayer attacked Ryan on the evening of August 21 after they grew suspicious that he was working as a police informant. The pair reportedly grew paranoid when they were arrested on drug charges weeks after Ryan had been released by officials after being detained with a large amount of marijuana in May.

After Bent and Mayer allegedly ambushed Ryan as he walked his dog along a riverside park in New Taipei City's Yonghe District, the altercation reportedly took a horrific turn. The pair allegedly tied Ryan down with a chain and then proceeded to use a machete and a wire saw to kill him and sever his limbs, Taiwan News reported. Ryan's limbs were placed in trash bags and flung into the Xindian River.

As for Ryan's dog, Lulu, she didn't escape from the scene unscathed. According to Taiwan News, one of the aggressors attacked the dog with a machete, resulting in a deep laceration to her nose. However, the pup did manage to run back home and alert Ryan's friends to the incident. The following day, Lulu helped find Ryan's remains.

Bent became suspect number one in the case after authorities were able to retrieve Ryan's phone records, which showed that he'd been involved in a heated argument with Bent about drugs. The former US Marine's phone also indicated that he'd been in the area at the time of the murder.

Three days after the brutal murder, Bent was arrested by officials on suspicion of killing Ryan. He was later joined by Wu Hsuan, who was arrested for reportedly helping Bent buy two machetes, according to Taiwan News. Mayer, on the other hand, managed to catch a plane to the Philippines before authorities zeroed in on him. Presently, officials are trying to get Mayer extradited to Taiwan.

Official charges have not yet been announced in the case. Bent had a bail hearing on August 26, but he was not released, Stars and Stripes reported. Wu was released on a $10,000 bail.

New US Marine Concept: One Man, One Army (of 15 Drones)