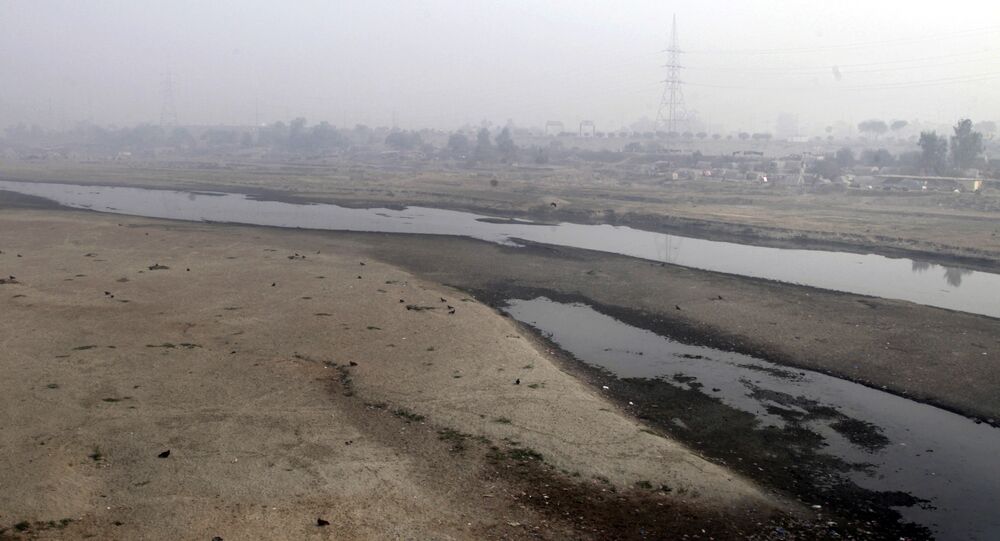 Indian Prime Minister Narendra Modi has stirred up the water-sharing quarrel after 18 Indian soldiers were killed in an attack allegedly caried out by Pakistani terrorists in 2016. India had threatened that it would stop "every drop" of Indus water from going to Pakistan by making several dams on the cross-country river.

New Delhi (Sputnik) — In a major thaw in the intense bilateral relations, India and Pakistan have agreed to undertake mandated tours of each other's hydropower projects on the Indus River. The hydropower projects on the Indus River have been a bone of contention between the two countries with each blaming the other of violating the Indus Water Treaty of 1960 that aimed to clearly demarcate the resources of trans-border rivers.

"Both countries agreed to undertake the Treaty mandated tours of both the Indus Commissioners in Indus basin on both sides," a statement issued by India's Ministry of External Affairs on Friday read.

© REUTERS / Mukesh Gupta/Files
India to Consider Revision of Water Treaty With Pakistan After Kashmir Attack
The agreement was struck during the 115th meeting of the India-Pakistan Permanent Indus Commission on the 29th and 30th August in Lahore. During the meeting, technical discussions were held on the implementation of the contentious hydroelectric projects including the Pakal Dul (1000 MW) and Lower Kalnai (48 MW) being executed by India in the state of Jammu and Kashmir.

On Thursday, Pakistan's water resource secretary Shamail Ahmad Khawaja told local media that a Pakistani team comprised of experts will visit the sites in India by the end of September.

"During the visit, our experts will minutely examine the sites, construction in the light of the provision of Indus Water Treaty and the objection raised by Pakistan to the Pakal Dul (1000 MW) and Lower Kalnai (48 MW) projects which are being executed by India on the Chenab River," Khawaja added.

© AP Photo / Anupam Nath
World Bank Blinks: India Sees Moral Victory in ‘Water War’ with Pakistan
Meanwhile, the Indian side conveyed to Pakistan during the meeting that the designs of these two projects were fully in compliance with the guidelines set by the treaty, the Press Trust of India reported quoting a source.

Pakistan had approached the World Bank to resolve concerns about the project but the Washington-based multilateral institution cited its limitations asking the concerned parties to resolve it amicably.

At the 115th meeting of the India-Pakistan Permanent Indus Commission, the two countries also agreed to further strengthen the authority of the commission.

"Deliberations were also held on further strengthening the role of the Permanent Indus Commission for matters under the Treaty," India's Ministry of External Affairs said on Friday.