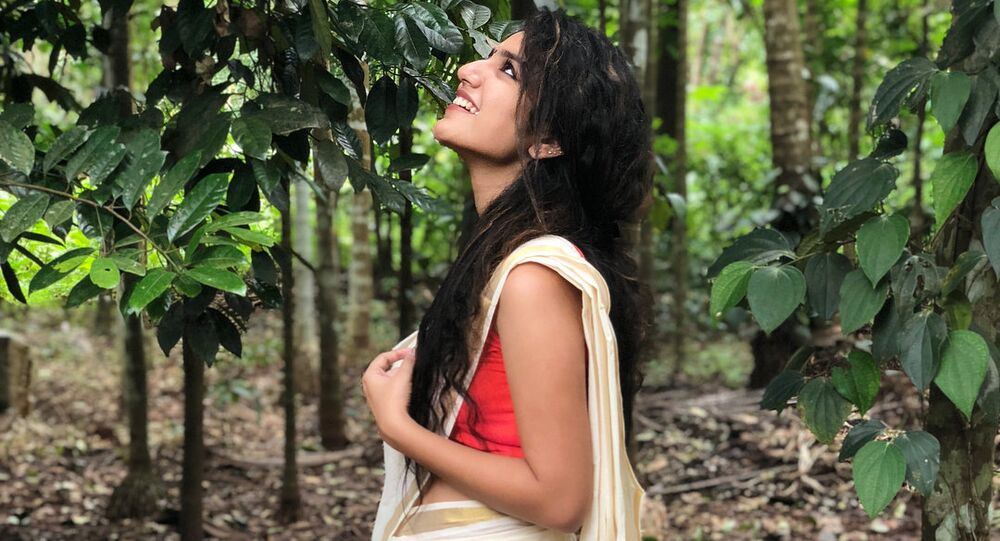 Two residents of India’s southern city of Hyderabad had sought the Supreme Court’s support to drop the song, “Manikya Malaraaya Poovi,” claiming that winking was “blasphemous” in Islam.

New Delhi (Sputnik) — The Supreme Court of India has quashed all cases against the Indian "wink girl" Priya Prakash Varrier who suddenly became an internet sensation after a short clip of the movie she starred in went viral on the eve of Valentine's Day. She was shown coyly smiling and winking at her lover during a song sequence in the movie "Oru Adaar Love."

The cases were filed under IPC's Section 295A that penalizes acts intending to insult religious groups.

"Somebody in a film sings a song and you have no other job but to file a case," news channel NDTV quoted Chief Justice Dipak Misra as saying during the hearing of the case before quashing it. The bench also noted that there was no justification in registering a police complaint for this case in the first place.

The apex court has also declared in its decision that no further complaints against the actor or the makers of her film, shall be entertained.