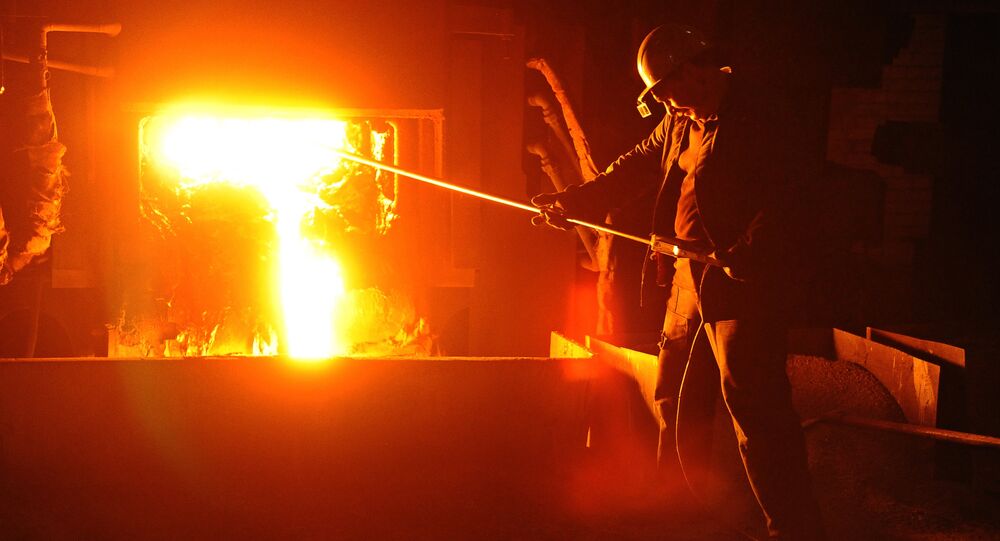 Indian Industry Raises Concern over Dumping of Steel Via FTA by China, Others

A surge in imports from China and countries with which India has signed free trade agreements (FTAs) is heaping misery on domestic stainless steel manufacturers, prompting them to seek more permanent measures to stem inflows, according to the Times of India.

New Delhi (Sputnik) — Alleging that neighboring countries like China are misusing the Free Trade Agreements (FTA) with India to the interests of their domestic industry, India's stainless steel industry has drawn the attention of the government, calling for more effective measures to stem dumping of steel by such countries.

Studies conducted by the industry have shown that despite several measures undertaken by the government, imports account for nearly 20% of the domestic market, the Times of India reports.

"It has become a huge problem. Jobs are getting lost and causing tremendous disruption. It is being dumped via Japan, Korea, Vietnam, and Indonesia using the FTA route," Abhyuday Jindal, MD of Jindal Steels, told the Indian daily.

© AP Photo / Mark Duncan
US Maintains Steel Antidumping Duty on India, Relives Brazil, Spain, and Japan
Given the scale of the problem, the Indian government has attempted several steps, such as imposing anti-dumping duties, countervailing duties, quality control and anti-circumvention measures, but the problem persists.

"Government needs to establish a commercial intelligence division to monitor the cost of production of various commodities in various countries. This will help in undertaking suitable safeguard measures before damage is done," international trade expert and commentator Vijay Sardana told Sputnik.

New capacities in Indonesia riding on the back of Chinese investments have become a new threat to the Indian market. Domestic manufacturers say the market for stainless steel is limited in Indonesia and the new capacity that is being added could be headed for India. The ongoing trade war between the US and China has also added an element of uncertainty. They are now demanding that steel should be excluded from FTAs that India has signed.