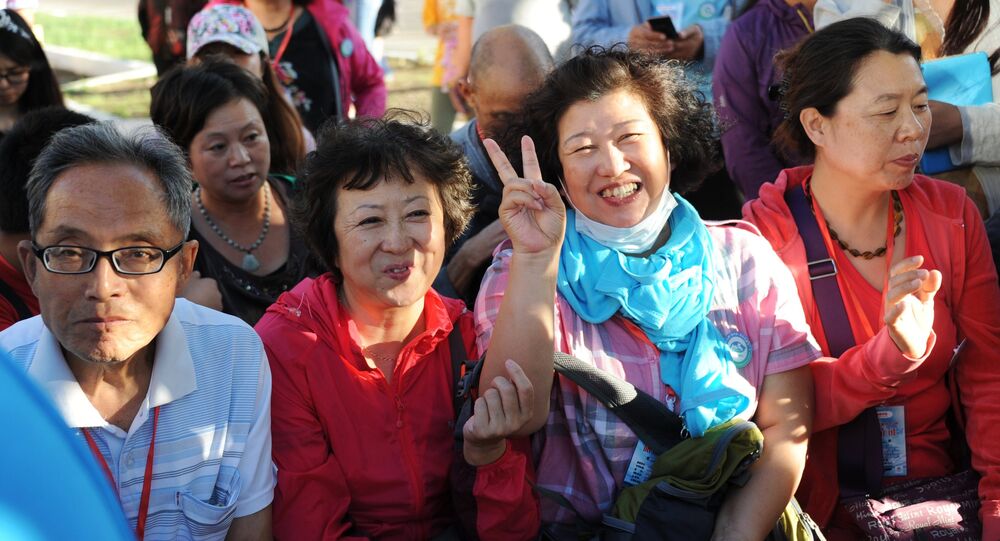 India has undertaken a number of steps to curb the burgeoning trade deficit with China; attracting more revenue from Chinese tourists is one of them.

New Delhi (Sputnik): The Indian government has set up a dedicated office in Beijing to attract more tourists from China. The office will hold road shows in cities like Shanghar, Wuhan, and Guangzhou with the aim of attracting at least one percent of China's outbound visitors this year. The target, to be achieved in the next five years, has been fixed at 10%.

"We are the closest neighbours. We are just across the mountain. And, the time taken is four hours, five hours…shortest flight to go to any destination. We never marketed ourselves. So that is the whole problem," says KJ Alphons, India's Minister of Tourism, who is in Beijing to launch the media initiative.

Building on the increasing tourism from our largest neighbour, the #Tourism Minister KJ Alphons is in China to promote India's diverse #tourist destinations and opportunities for businesses in the tourism sector. pic.twitter.com/TQ5Q3HnErg

Alphons said that only 240,000 Chinese visited India last year and to increase that figure India has planned a new strategy.

"We are going to appoint a strategy advisor for China and a PR agency for China," Alphons said.