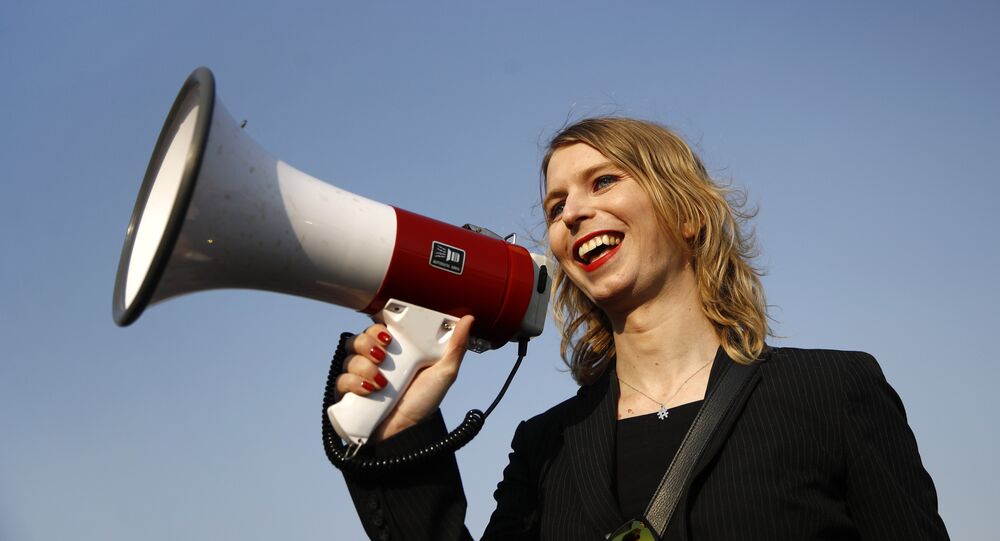 In 2013, US whistleblower Chelsea Manning was sentenced to 35 years in prison for releasing thousands of classified government documents, but was released in 2017 after President Barack Obama commuted the former serviceman’s sentence three days before leaving office.

Opposition politicians in New Zealand have demanded that whistleblower and transgender activist Chelsea Manning should be banned from visiting the country, where she is due to give a series of talks in September.

Michael Woodhouse, immigration spokesman of the right-wing National Party, urged the government to deny Manning a special direction visa because of the whistleblower’s past criminal convictions.

"This is a convicted felon, sentenced to 35 years in jail, coming in here for money. The discretion is not there to apply to a person who expresses virtually no remorse for her offending […] There's no rehabilitation, no remorse, the very purpose of her visit to come and talk about her crimes," Woodhouse pointed out.

He claimed that Manning "used a position of responsibility and authority to steal hundreds of thousands of documents that may well have put American lives at risk.

"This is not a question of free speech. [Manning] is free absolutely to say whatever she wants but she's not free to travel wherever she wants. Other countries have already denied her entry," Woodhouse added, in an apparent nod to Canada.

Green Party member sand human rights lawyer Golriz Ghahraman, for her part, insisted that Manning "clearly poses no viable risk to New Zealand" and that National Party's stance on the whistleblower is "callous."

"[…] The charges laid against her were all about speaking out against serious misuse of power and she has already served a lengthy sentence of imprisonment, at times in solitary confinement," Ghahraman underlined.

In late January, US President Donald Trump called Manning an "ungrateful traitor" who "should never have been released from prison."

© AP Photo / U.S. Army
Top Five Leaks That Made Chelsea Manning a Hero for Liberals, Pariah for Conservatives
A former US Army soldier, Manning spent seven years behind bars for leaking more than 700,000 classified documents to Wikileaks, including profiles of Guantanamo Bay detainees, evidence of civilian deaths in Afghanistan and Iraq and low-level battlefield reports in Iraq and Afghanistan.

The day after sentencing, Manning announced that she had had a female gender identity since childhood, expressing the wish to begin hormone replacement therapy and to adopt the name Chelsea.

Manning was released from the military prison at Ft. Leavenworth in May 2017, after her sentence was commuted by President Barack Obama three days before he left the White House.