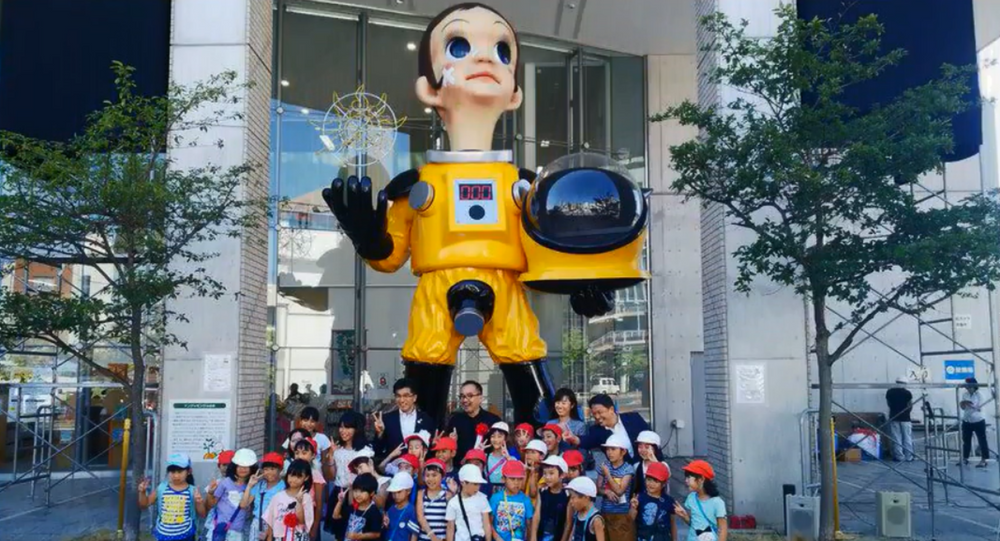 Japan's Fukushima Mayor Hiroshi Kohata announced on Tuesday that the city's "Sun Child" statue would be removed as soon as possible after receiving an overwhelming amount of complaints from locals since it was unveiled in early August.

Residents within the area have spent recent weeks filing complaints, arguing that the 20-foot sculpture is a distasteful reminder of what occured in 2011 when a 9.0-magnitude earthquake and subsequent tsunami killed thousands and triggered a nuclear disaster.

According to the South China Morning Post, Kohata indicated that residents also said that the statue suggested to visitors that the area wasn't safe and that they needed to wear protective gear in order to avoid radiation contamination.

"We set up the statue as a symbol of people striving for reconstruction but have come to judge that the statue is not accepted by many citizens," Kohata said, before stressing that the artwork would be removed quickly.

"I offer my heartfelt apology to those who were offended," he added.

Created by contemporary artist Kenji Yanobe, the statue depicts a child in a yellow protective suit who is holding a helmet in one hand and an artistic representation of the sun in the other. On its chest is a dosimeter that reads "000" to suggest that the surrounding air is clean.

Yanobe has indicated that the statue was intended to express his hope for a world free from nuclear disasters.

"I wanted to make a work that encourages people [in Fukushima]… and made the statue of a child standing up bravely and strongly against any difficulties it faces," the artist told Kyodo News. "The clothing looks like protective gear, but it is also armor to confront major issues and, being like a space suit, it also carries a futuristic image."

In response to Kohata's recent announcement, Yanobe issued a statement on Tuesday, saying that while he understood the criticism, it was never his intention to upset the locals. "[The removal] is truly regrettable, but I thought we shouldn't provoke a confrontation anymore among people inside and outside of the city," the Post reported, citing a statement the artist published on his website.

The city unveiled the sculpture, which currently resides near the Fukushima train station, on August 3. It's unclear what will happen to the piece once it's removed.