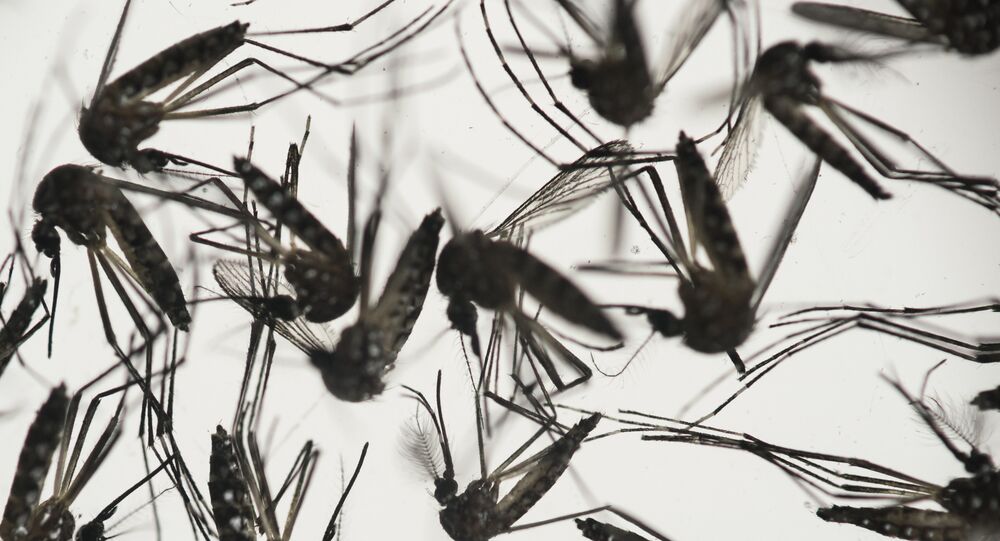 On Saturday, two more people with diagnosed with dengue fever in Hong Kong, increasing the total number of those who have contracted the mosquito-borne viral disease in the country to 26 this year, a record for the city.

So far, nine of the reported cases involve people who either live on or have visited the island of Cheung Chau, some 10 kilometres southwest of Hong Kong Island. The other 17 who have contracted the disease are from Wong Tai Sin, where the Lion Rock park is located.

Dengue can cause severe flu-like symptoms and in some cases can cause breathing issues, hemorrhaging and organ failure.

"The development [of the disease] on Cheung Chau is more worrying and not easy to predict," Wong said. "We expect there will be new cases in the near future."

Undersecretary for Food and Health Dr Chui Tak-yi also told the SCMP that hygiene officers will carry out mosquito control measures on parts of the island.

Dengue fever in Hong Kong is transmitted by Aedes albopictus, a species of mosquito native to tropical and subtropical areas of Southeast Asia.

According to the WHO, dengue causes nearly 400 million infections and thousands of deaths every year.

India's traditional medical community recently developed a drug that is said to be able to cure Dengue combining seven herbal ingredients in use in the Ayurveda system of medicine for centuries.

"Ayurveda, like Naturopathy, is an age-old science of medicine proven with generations of research and study. The knowledge was not for the most part in written form and was dependent on oral traditions. Glad that some breakthrough has happened finally with Ayurveda coming in handy for the Dengue disease. More such cures can evolve if the traditional medical systems are helped to grow," Dr. Anil J, Naturopathy practitioner, and advocate of alternative therapies for human wellness told Sputnik in April.

In Malaysia Almost 170 Die of Dengue Fever in 2014: Health Ministry