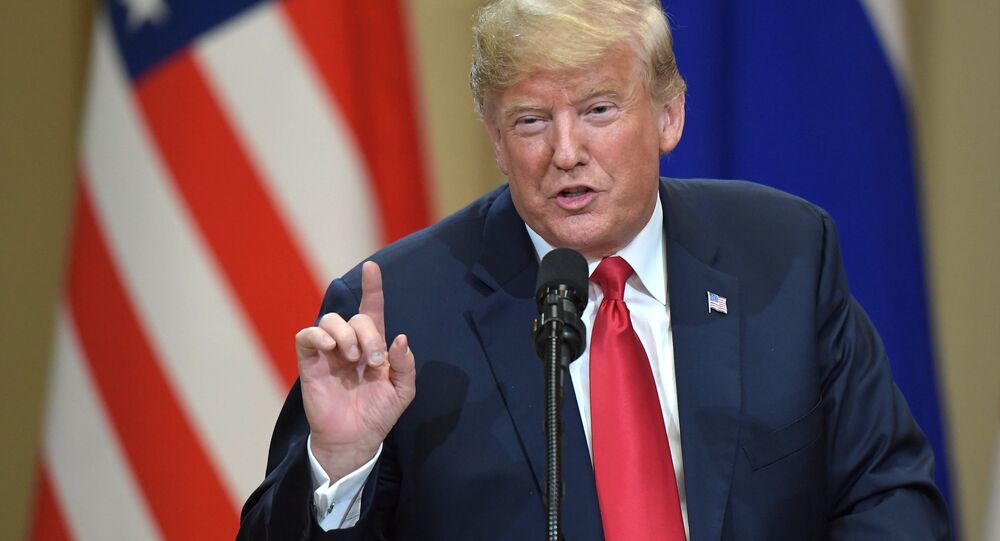 In a recent video, the American president appeared to be explicitly, but at the same time mockingly lauded for blatantly giving a boost to the Chinese economy.

China’s major state broadcaster came up with a short satirical video jeering Donald Trump, with its opening phrase expressing gratitude to the US president. The clip was shortly afterwards removed, just hours ahead of a new round of tariff talks, according to The South China Morning Post.

The nearly three-minute clip from the English-language arm of China Global Television Network (CGTN), which tongue-in-cheek thanked Trump for spearheading a trade war with the second biggest economy could not be played on Thursday from its official social media pages and YouTube accounts.

Its original publication on Monday night fueled media reports about the broadcaster’s allegedly sarcastic approach to Trump “helping” China to increase its strength and potential.

“Thanks Mr. Trump, you are GREAT!” the opening phrase in the previously shared video read. It notably featured CGTN business reporter Cheng Lei quipping over US tariffs and satirically thanking Trump for his “shock therapy” methods that set in motion Beijing’s economic reforms, including those to attract foreign investors like Tesla. She also specifically dwelled upon the list of US products that are currently subject to strict limitations:

“On behalf of doctors, thank you for pointing out the need to wean off American goods like bourbon and bacon,” she added, thereby referring to Chinese retaliatory tariffs.

The removal came hours before representatives from both countries were slated to discuss the worsening trade war and the contentious tariff issue in Washington, as well as on the threshold of the most recent round of $16 billion in mutual restrictive measures  taking effect these days.

READ MORE: ‘You Are Great' — And So Is China: Beijing Broadcaster Mocks Trump (PHOTOS)

Since mid-June, the Trump administration has threatened several times to subject an extensive range of Chinese products worth a total of $50 billion to 25-percent tariffs, starting August 23. The White House has so far introduced high duties against $34 billion in Chinese imports; fueling tit-for-tat measures targeting US liquefied gas and a number of iconic American goods, like bourbon.

China Vows to Challenge US Import Tariffs at WTO

‘You Are Great' - And So Is China: Beijing Broadcaster Mocks Trump (PHOTOS)