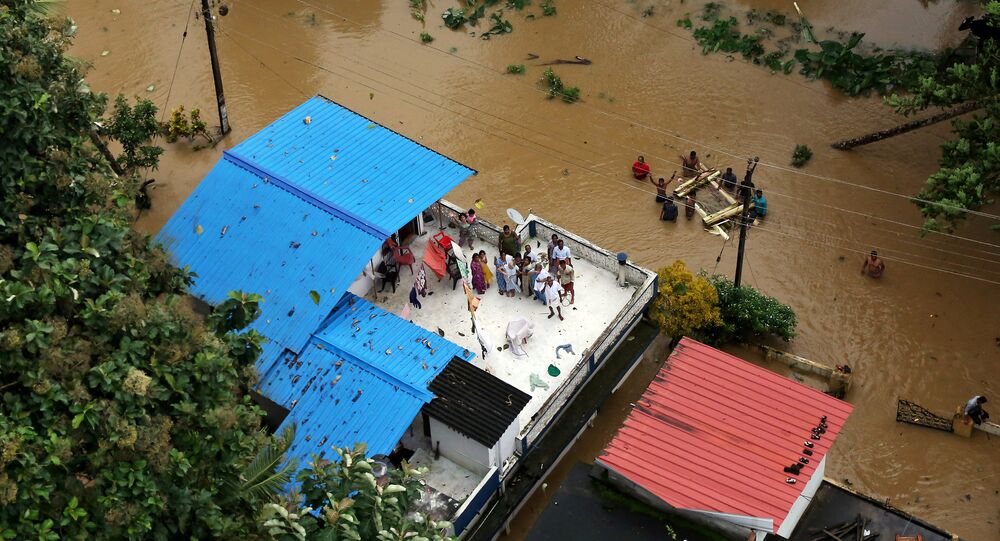 Heavy flooding in India’s southern state of Kerala has claimed more than 200 lives and has displaced over one million people who have been accommodated in 3,274 relief camps across the state. Rains have subsided since August 20, and rebuilding and rehabilitation efforts are being carried out.

New Delhi (Sputnik): The United Arab of Emirates (UAE) has pledged $100 million to India's flood-ravaged state of Kerala. Chief Minister of Kerala Pinarayi Vijayan told the media that he was grateful to the UAE for this humanitarian gesture.

READ MORE: Over 167 Dead in Southern India's Worst Flood in Nearly a Century

"Sheik Mohammed has communicated to the prime minister about their decision to help. They have decided to give $100 million as assistance, that would be 700 crore in Indian rupees. I would like to express my gratitude to UAE President Sheikh Khalifa bin Zayed Al Nahyan, the vice president and Prime Minister Sheikh Mohammed bin Rashid on behalf of Malayalis (the people of Kerala)," Chief Minister Pinarayi Vijayan said.

CM Pinarayi Vijayan informed that the United Arab Emirates will provide Kerala an assistance of ₹700 Crore. Kerala has a special relationship with UAE, which is a home away from home for Malayalees. We express our gratitude to UAE for their support. #KeralaFloodRelief pic.twitter.com/yfwbt9iEkd

The amount pledged by the UAE is more than that offered by India's central government led by Prime Minister Narendra Modi. While the government of Kerala has estimated the total loss to be around $2.8 billion, the central government has announced $85 million in assistance.

The Russian president has stressed that his country shares in the grief of Kerala's people and hopes for a speedy recovery of those injured in the disaster.