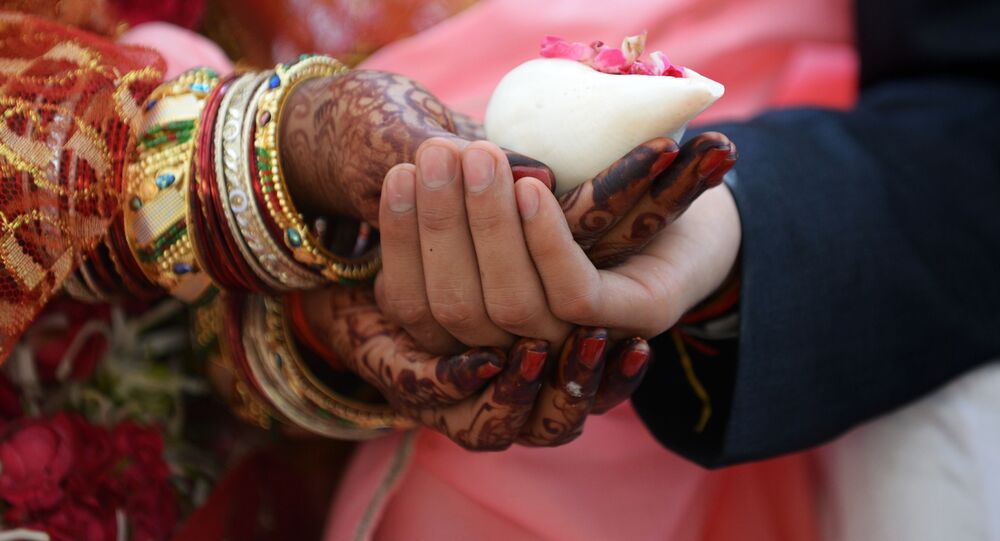 Presently, leaving your spouse in India does not constitute a criminal offense per se, and only gives ground for the filing of divorce or restitution of conjugal rights. However, very soon ditching your 'better half' may be considered a form of cruelty under government statute, the National Commission of Women has said.

New Delhi (Sputnik) — The government of India now considering stringent laws to combat the problem of men, especially, Non-Resident Indians (NRIs) deserting their wives abroad. The problem has been increasing at an alarming rate in the last few years.

In an interview with the Times of India, Rekha Sharma, chairperson of the National Commission for Women (NCW) said that the growing incidence of NRIs deserting their wives in India has raised the possibility of more stringent laws.

© CC0
Indication of Force Not Imperative to Determine Marital Rape - Indian Court
An inter-ministerial committee of the Indian government had recently recommended compulsory registration of NRI marriages within a week of the wedding and an update of passports.

"Compulsory registration of marriage could prove to be a very important measure of making very relevant information about the grooms accessible to the brides and their families. Information such as passport, social security number, employment status, and immigration status in the foreign country would have to be submitted by the groom at the time of registration of marriage and it would help in preventing the desertion of women," NCW Chairperson Rekha Sharma said.

The government of India is also considering invoking the Indian Penal Code to label such men deserting their wives as an absconder so that their properties could be attached.

Assad's Cancer-Hit Wife to Syrians: 'My Determination Stems From Your Strength'