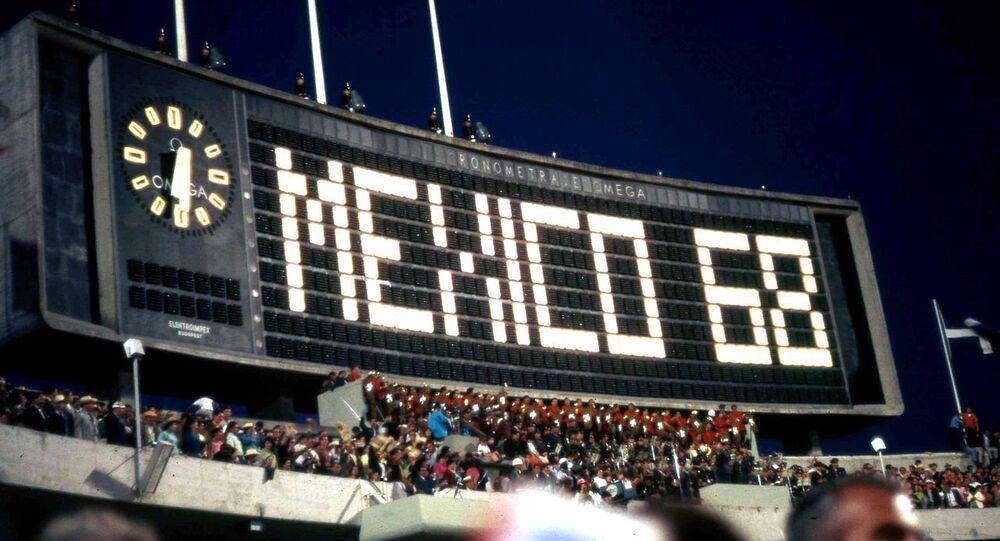 As part of cultural events in the run-up to the Olympic Games in Mexico City in 1968, children from 80 countries contributed drawings and murals, which were displayed in some of Mexico City’s most iconic spots. Mexico is now tracking down those artists to felicitate them.

New Delhi (Sputnik) — The Mexican Embassy in New Delhi is on an interesting mission to track down a handful of Indian artists who participated in the "World Children's Painting Festival" in Mexico City in 1968. The artists, who were kids at the time, are now grown up adults.

The theme of the painting festival organized in 1968 by the Mexican government to coincide with the Olympic Games was "Un Mundo de Amistad" meaning "A World of Friendship."

"The project "A World of Friendship — 50 years later" is preparing an exhibition in Mexico City, to feature the few surviving pieces of the originally 1,800-strong collection. To acknowledge the contribution of those children to the painting festival, the embassies of Mexico worldwide are searching for the participants, who would now be adults," a Mexican Embassy official told ANI news agency.

Mexican Embassy is looking for 6 Indian child artists who painted in Painting Festival at 1968 Olympic Games in Mexico. Andrea Huerta, Head of Political&Press, Embassy of Mexico in India, says, “This research is significant as it will revive old connection between Mexico & them.” pic.twitter.com/g5rC2oOu8T

© Sputnik / Vladimir Pesnya
'Friendship Without Culture Not Correct': Sammy Kotwani on Russian-Indian Ties
The Mexican Embassy in India plans to present a framed painting along with a certificate of commendation to the participants to mark the 50th anniversary of the cultural initiative.

INDIA'S OLYMPIANS: The Embassy of Mexico is searching for seven Indians, who, 50 years ago, at the 1968 Mexico Olympics, had participated in the World Festival of Children's Paintings pic.twitter.com/X0oaAht9cP

Despite the very limited information available, the embassy was able to track down one participant from Gujarat, with the help of Ahmedabad-based journalist Mr. Ketan Trivedi of Chitralekha magazine. The participant, Jitendra Navnitlal Parikh, who was 15 at the time, was a student of Shree Sayaji High School in Baroda, and his painting entitled "Market," was submitted to the festival. Unfortunately, he passed away in 1998 after a prolonged illness, according to the Indian Journal of Diplomacy.

The other Indian participants were Sujata Sharma (aged 14 at the time), New Delhi; Ira Sachdeva (aged 12 at the time), Delhi; Sanat Kundu (aged 13 at the time); Vivek Kuchibhatla (aged 9 at the time); Ela Ems (aged 8 at the time) and Leela Sudakaran, who had probably traveled all the way to Mexico to paint murals, the journal adds.