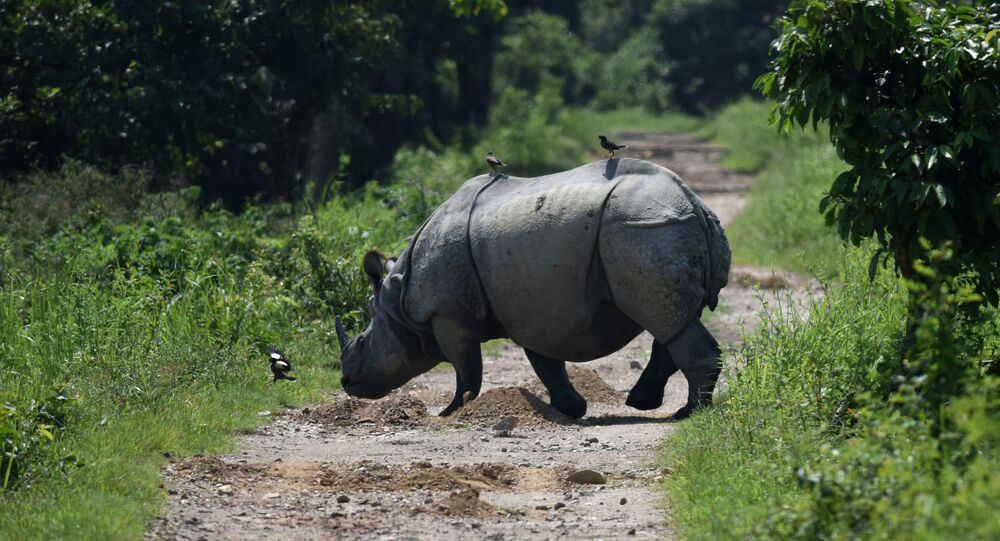 The seizure, which is the biggest ever in Malaysia involving rhinoceros horns, occurred after Royal Customs Department officials noticed that a stench was coming from several packages at the Aviation Post Export Division Terminal at KLIA and alerted Perhilitan officers, according to the New Straits Times.

According to reports, the rhinoceros horns are believed to have come from the African Rhino. The animal carcasses belonged to bears, tigers, panthers and clouded leopards.

According to officials, the animal parts were most likely being smuggled to Vietnam to be processed into powder and sold as medicine. According WildAid, a nonprofit organization working to end the illegal wildlife trade, in 2008, rhino horns became highly desirable in Vietnam following rumors that they could cure cancer and prevent hangovers.

"At this point in time, we are still investigating to figure out who had sent the packages, when they arrived at KLIA and who was to receive them [in Vietnam]. In fact, we believe that the address of the recipient in Hanoi is fake, and that syndicate members will pick up the packages as soon as they arrive in Vietnam."

"With kudos to the Malaysian authorities for intercepting the smuggled goods, a seizure of 50 rhino horns definitely rings the alarm bells. While highly illegal in both Vietnam and China, rhino horn is still used in some circles, and there is evidence that rhino horn and other wildlife products such as ivory; pangolins and their scales; and tiger parts cross from Vietnam into China," Baker continued.

"While communications campaigns have helped improve public awareness and attitudes on rhino horn dramatically in both China and Vietnam, there is still room for improvement on enforcement. The government in Vietnam has instituted new wildlife laws since the beginning of the year, significantly strengthening regulations while stipulating much stiffer penalties; however the enforcement agencies are still in the process putting them to work. Expectations are high for more arrests and prosecutions under these new laws. The penalties are daunting and if enforced effectively should serve as a powerful deterrent," Baker added.

According to reports, the samples from the animals will be sent to Geneva in Switzerland to determine their country of origin.

Kendi the Baby Black Rhino Takes His First Stroll Outside