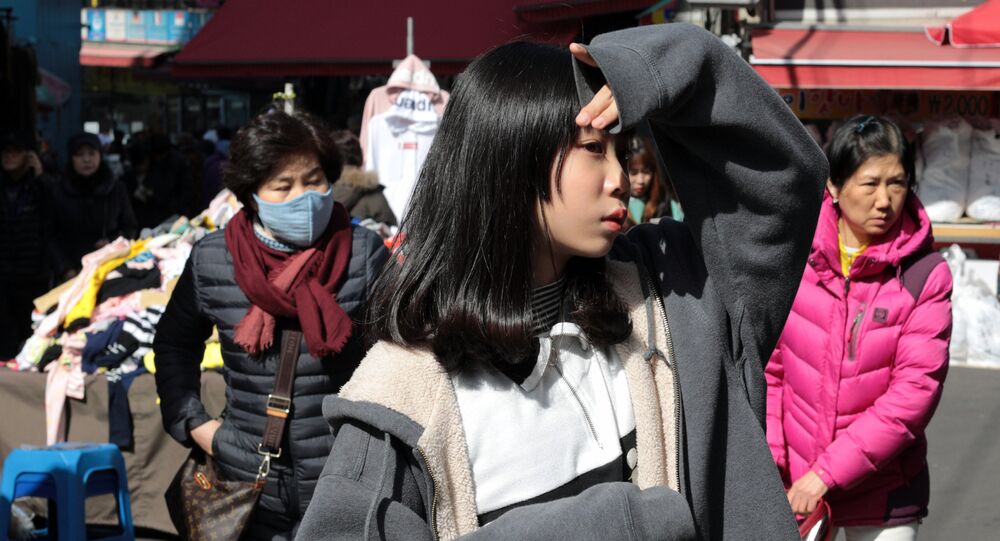 On August 13, a South Korean court jailed a woman for ten months for secretly photographing a male nude model. The case has sparked significant controversy, with many South Koreans feeling it highlights sexist double standards and hypocrisy in the state’s approach to sex snoopers.

On top of her sentence, the 25-year-old South Korean woman was also ordered to undergo a 40-hour counseling course on sexual violence. She was arrested days after secretly photographing a nude male model, paraded in front of television cameras while police raided her home to search for evidence.

The response was viewed by many activists as an uncharacteristically swift and severe, with Seo Seung-hui, head of the country's Cyber Sexual Violence civic group, telling AFP authorities "rarely act so quickly for countless cases in which victims [are] female".

Much data suggests Seo's grievances have significant foundation. For one, figures indicate only around nine percent of first-time offenders are sentenced to jail, with the vast majority receiving mere suspended sentences or small fines. Moreover, overwhelmingly the perpetrators of 'spycam' sex crimes ("molka") in South Korea are male, accounting for 98 percent of those arrested in 2012-2017, while women represent 84 percent of the victims during the same period.

History in the making. More than 20,000 South Korean women angrily urged the gov't to crack down on the widespread 'molka' (spy cam) crimes that secretly film women at public toilet/public transport/office/school- in the biggest-ever protest held by women in the nation. #혜화시위 pic.twitter.com/AYJbLAG8Ut

​Fittingly, on the very day the 25-year-old was arrested, a 29-year old South Korean man received a suspended sentence of two years for sharing naked photos and footage of his girlfriend online 37 times without consent.

Typically, molka footage and pictures are uploaded to websites, often for a fee. The rate of such crimes in the country has also leapt from around 1,100 in 2010 to over 6,500 in 2017 — a milieu that has inspired tens of thousands to demonstrate on the streets of Seoul and other major South Korean cities throughout 2018, calling for more robust official investigations and harsher punishments for offenders.

© CC0
S Korean Women Protest Illegal Spycam Photography, Police Gender Bias (PHOTO)
"The fear women feel toward spy cameras isn't out of proportion, it's rational. It's not just footage of sexual intercourse. There's spycam footage of women relieving themselves in toilets, photos of women in bikinis, at home, walking on the street. On a website called Soranet, men can upload photographs of their girlfriends or wives, and ask others to rate the women's genitals," said Chang Dahye, a researcher at the Korea Institute of Criminology, in an interview with Korea Expose.

Such is the scale of the problem, South Korean cities are now home to all-women squads of camera hunters routinely checking public toilets and other sensitive areas for devices — although there is no documented example of a team finding a single camera in the over two years they have operated, much less an individual being prosecuted as a result of their efforts.

1. "(Fight) So That Our Sisters Will No Longer Cry In Silence"

​Nonetheless, thorough inspections of public toilets are also now a staple of every visit for many women, with some going so far as to use 'SOS Woman' kits. These provisions contain a mask (for hiding a woman's identity), silicon gel and stickers (for covering cameras concealed in holes), and a screwdriver (for breaking cameras hidden in screws).

Current laws on sexual snooping are theoretically severe, with offenders facing a fine of up to US$8,858, or a maximum prison sentence of up to five years.

© REUTERS / The Presidential Blue House/Yonhap
South Korean President Moon Jae-in presides over the National Security Council at the Presidential Blue House in Seoul, South Korea, September 15, 2017
Moreover, official response to the evident epidemic has been sluggish, and at-times ill-conceived. For instance, while national laws require smartphones to make loud shutter noises when taking pictures, many offenders use special apps to mute the sound, or simply purchase hi-tech spy cameras secret inside spectacles, lighters, watches, sets of keys and the like, or surreptitiously implanted in particular environments.

Similarly, in December 2013 the Korea Elevator Safety Institute distributed signs imploring women to "cover your skirt" as they rode up escalators — many were quick to criticise the message on the basis it admonished victims, rather than perpetrators.

Finally, after over 200,000 signed an online petition calling on the government to ban spycam sales and enforce stricter punishments for molka perpetrators, the Ministry of Gender Equality and Family launched an initiative in May to offer victims counseling, help getting sensitive material posted online deleted, legal support, and more.