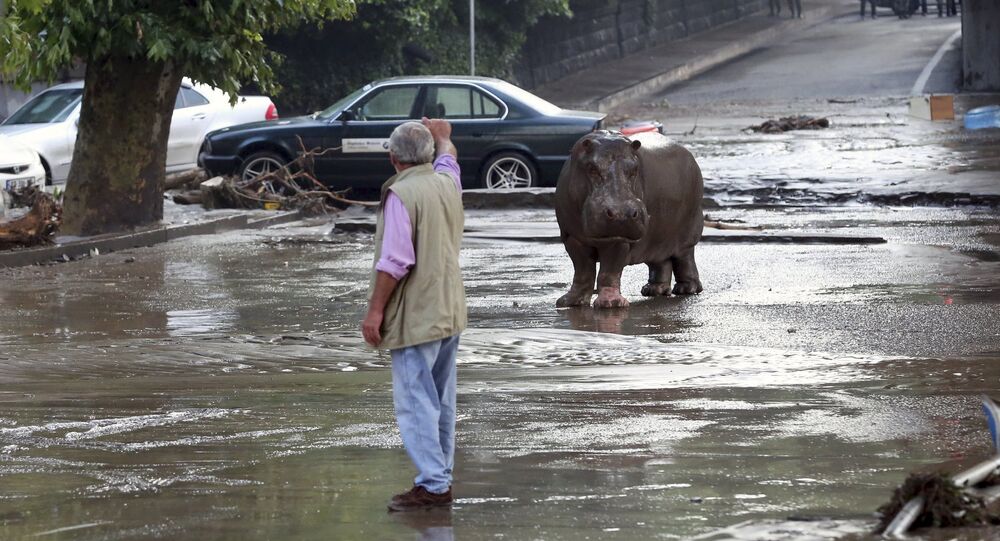 Hippo Attack: One Tourist Killed, Another Injured at Kenyan Lake

On Saturday, one Taiwanese tourist was killed and another injured by a hippopotamus after the pair approached the animal to take photos near Lake Naivasha, a freshwater lake in Kenya.

According to a Monday report by Asia Times, 66-year-old Chang Ming Chuang died at the Naivasha District Hospital on Saturday. Sixty-two year-old Wu Peng Te, who was also attacked by the hippo, is being treated for minor bruises at Naivasha Sopa Resort, the Kenya Wildlife Service (KWS) reported. In a Sunday tweet, KWS also said that they are currently tracking the hippo.

Several witnesses who viewed the attack claim that the men moved too close to the animal.

The Asia Times also reported Monday that both the Foreign Ministry of Taiwan and the Chinese government in Beijing, which views Taiwan as a renegade province, not a sovereign nation, sent diplomats to Kenya following the incident.

Hippos are some of the most aggressive animals in the planet and can snap a canoe into pieces with their jaws, according to a December report by National Geographic. The herbivorous mammals, which eat about 80 pounds of grass each day, can grow up to 14 feet long and weigh between 1.5 and four tons. About 500 people are killed every year by hippos, which can run at 18 to 30 miles per hour.

According to National Geographic, the number of hippos is decreasing, as they're endangered by habitat loss and illegal hunting. They are often hunted for their ivory canine teeth and meat.

Hats Off, AI! Scientists Create Self-Aware 'Animal' You Can Play With