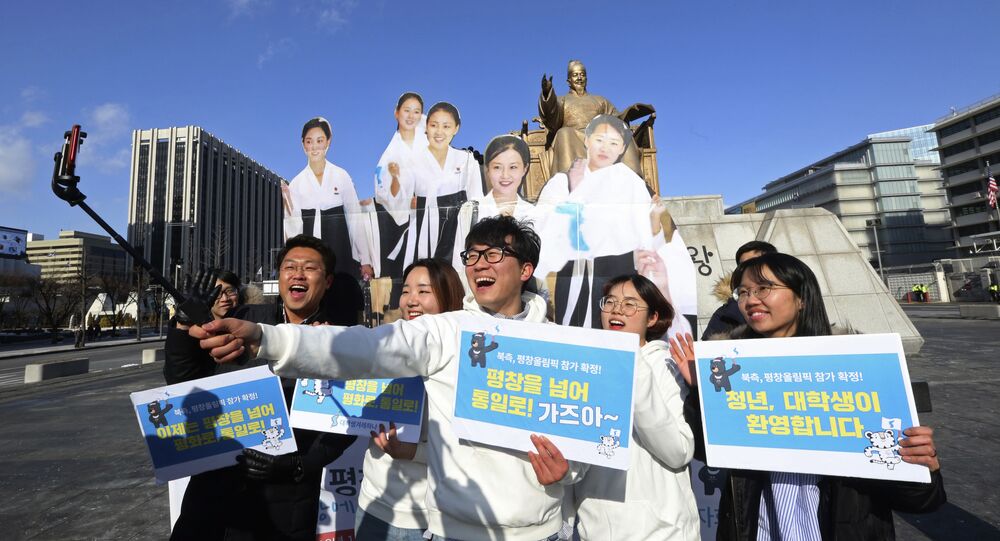 Very few South Korean students believe their country should reunite with its northern neighbors, a poll released Monday revealed. The data found that perceptions between older and younger generations continue to polarize.

Out of the 1,392 middle and high school students that responded, only 18.9 percent said that the two Koreas must achieve reunification, it stated.

The last survey was done over a decade ago and Monday's findings uncovered an 11.4 percentage point decrease in voter opinion.

Just over half of those surveyed, 50.4 percent, believed that unification would be a good thing if realized, while 17.9 percent said they did not care about it. Around 12 percent thought that the Koreas should keep the current status quo.

When asked why unification was a good idea, 43.6 percent wanted to eliminate the risk of war, followed by making their countries more competitive (21.9 percent), restoring national homogeneity (18 percent) and helping families to heal after decades of separation (12.9 percent), it showed.

The survey also disclosed that about 36 percent of South Korean youth associated North Korea with nuclear weapons and 22.1 percent with dictatorship.

17 percent also responded that they were the same ethnic group, 11.8 percent that they were a socialist country and 9.6 percent equated the country with extreme food shortages.

South Korean law defines a youth as "older than 9 years old and younger than 24 years old", a government document states.

Koreans in both countries have taken notice of this year's détente between Pyongyang and Seoul, after their heads of state walked hand-in-hand last April at Panmunjom, the Joint Security Area that straddles the military demarcation line along the 38th Parallel.

The two Koreas agreed to compete in the 2018 Asian Games as a united team. The games will take place from August 18 and September 2 in the Indonesian cities of Jakarta and Palembang. They also marched under together in South Korea's Pyongchang during the 2018 Winter Olympics last February.

Some South Korean youth have offered their own thoughts on North-South reunification. Park Min-cheol, 22, stated as quoted by the New York Times that he "wouldn't welcome reunification because it would create a burden for us," and that "[South Korea] would have to help rebuild the North Korean economy."

"Young people in Korea are not really interested in North Korea," an anonymous Ministry of Unification senior minister commented as quoted in 2012 by World Affairs.

"They have their IT devices, their cars and comfortable lives," he continued.

On the other hand, some officials have expressed their own concerns with the widening gap in opinion between generations. "I am taken aback," former South Korean minister Kim Sung-hwan told the New York Times.

"Young people seem to think of North Korea as strangers who barge into their party bringing with them nothing but empty spoons," she said.