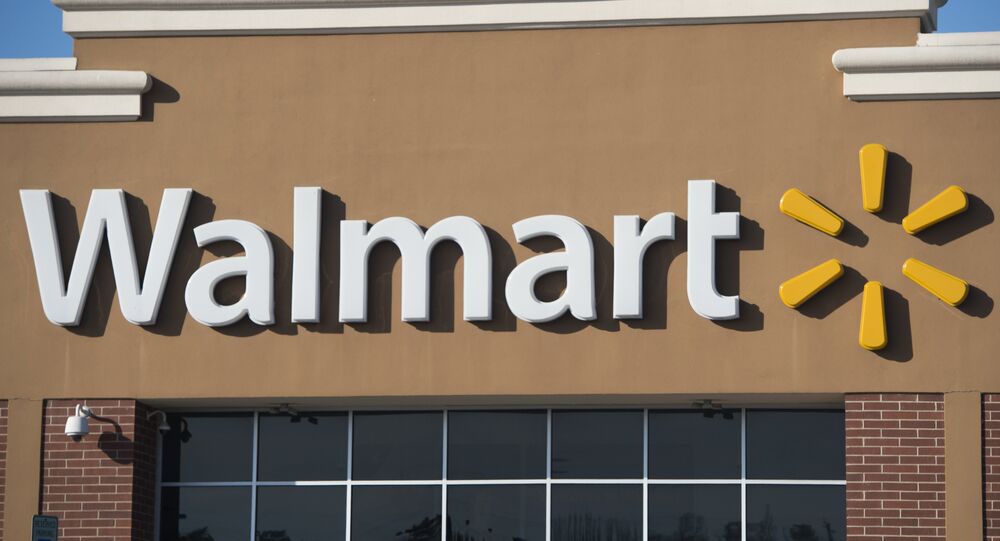 An umbrella organization of Indian traders had impelled India’s anti-trust watchdog to stop the proposed acquisition of local e-retail giant Flipkart by America’s Walmart. The organization had argued that such an acquisition would create unfair competition, throwing small retailers out of business.

Walmart announced in May this year that it was acquiring about 77 percent of Flipkart for roughly $16 billion. Flipkart is expected to pick up an annual growth pace of about $200 billion in a decade, Morgan Stanley estimates.

© AFP 2021 / SAUL LOEB
India's 60 Million Shopkeepers Up in Arms After Walmart's Flipkart Acquisition
The US India Strategic Partnership Forum has applauded the decision of the CCI, arguing that the deal will strengthen the agriculture supply chain in India.

"This deal is good for India as a whole. It will strengthen the agriculture supply chain and create new skilled jobs, supporting the 'Make in India' initiative," the US India Strategic Partnership Forum said in a statement.

Meanwhile, the 60-million-strong trader community of India under the umbrella of the Confederation of All India Traders (CAIT) has threatened to challenge the CCI's approval in a higher court.

"It is most unfortunate that leaving aside the objection raised by the CAIT, the CCI has approved the deal. Without giving any opportunity of hearing to CAIT, the CCI has flayed the principle of natural justice. We deeply condemn such an attitude and will certainly move the higher court against the decision of CCI," Praveen Khandelwal, the general secretary of CAIT, said.

It is most unfortunate that leaving aside the objections raised by CAIT in CCI, the Commission has approved the deal. Without giving any opportunity of hearing to CAIT, the CCI has flayed principle of natural justice. @sureshpprabhu @CimGOI

The CAIT has called an emergency meeting of its governing council on August 19 at Nagpur to take stock of the situation and finalize the strategy for a nationwide movement against the deal. The CAIT contends that the acquisition would create unfair competition and drive local convenience stores out of business.