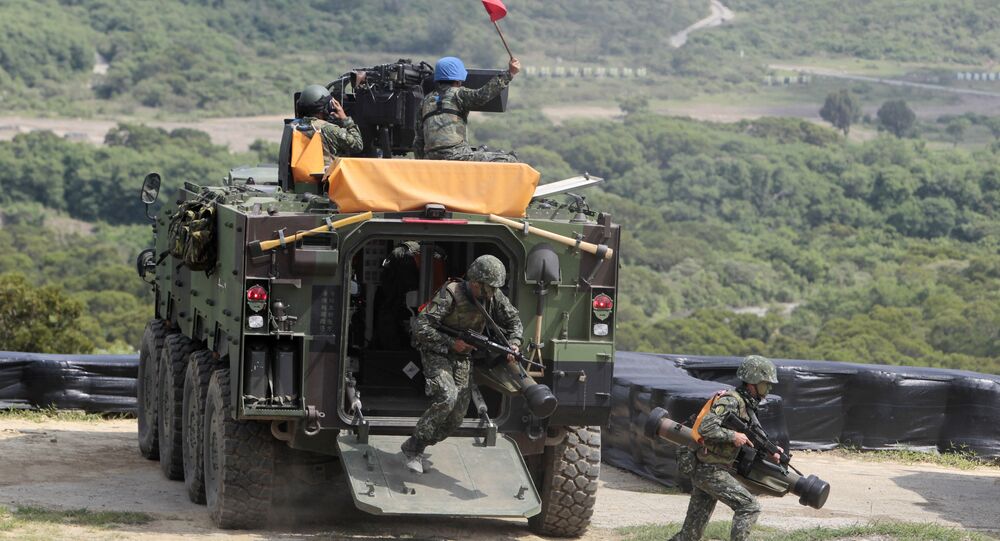 Satellite imagery published by Kanwa Defense Review shows that Taiwan has positioned a land-attack cruise missile toward mainland China that is capable of targeting several cities along the country's southeast coast.

The image shows Taiwan's Hsiung Feng IIE land-attack cruise missile stationed at a base in Taoyuan, less than 200 miles from Fuzhou, the capital city of China's Fujian province, the South China Morning Post reported. The pictures were snapped earlier this year in March.

Considering the cruise missiles have a range of approximately 620 to 930 miles, Taiwan has the ability to target cities and provinces including Hong Kong, Shanghai, Guangdong and Zhejiang, if tensions with China escalate further, according to the Kanwa.

"The deployment started in March, which means the Taiwanese military is able to carry out in-depth strategic strikes against [the mainland]," Andrei Chang, Kanwa's editor-in-chief, said.

"Based on its range, all nuclear power plant reactors, state strategic oil reserve facilities near Zhoushan [in eastern China's Zhejiang province], and the Beijing-Kowloon Railway and other high-speed railways and tunnels would be targeted."

In response to Kanwa's claims, Taiwan's defense ministry told the Post that the reports were overreaching, saying it was "all speculation by media."

"The Republic of China [Taiwan] has full confidence and is well-prepared to defend its territory from invasion," Chen Chung-chi, the spokesperson for Taiwan's defense ministry, told the outlet.

"All of the island's fighter jets, particularly the homemade Ching-kuo aircraft, have been upgraded to carry the new missiles to fire from the east of the central line in the Taiwan Strait to attack Chinese air bases, assembly areas, loading zones and military positions to neutralize any threats," the report states.

The Wan Chien missiles have an "effective" range of more than 120 miles, Asia Times reported. The Taiwan Strait has a width of 80 miles at its narrowest and roughly 136 miles at its widest points.

Earlier this week, Taiwanese President Tsai Ing-wen announced that she was seeking to increase the 2019 defense budget by 5.6 percent to roughly $11.3 billion in an effort to bulk up military forces as relations with China intensify, the Post reported.

China and Taiwan have been on the outs for years, as Beijing sees self-ruling Taiwan as part of its territory and in need of being brought back into the fold, even by means of force if necessary. Taiwan, however, does not agree. Since the election of Tsai, Beijing has conducted various military patrols encircling Taiwan, to which Taipei has responded by steadily bulking up its military forces.