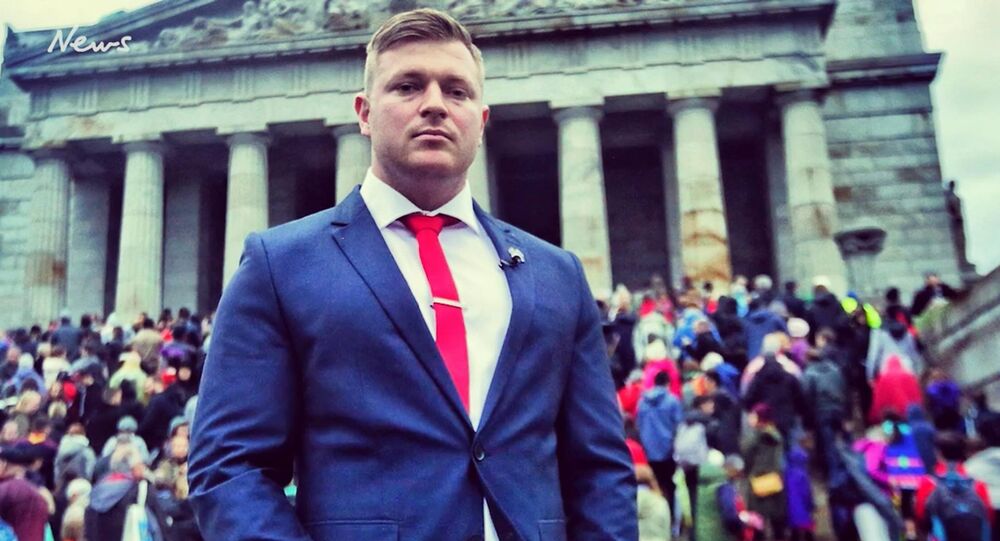 An Australian right-wing activist has faced an angry backlash simply for calling to reduce immigration and “reclaim” the country’s “national identity.”

Sky News Australia has apologized for interviewing Blair Cottrell after a televised interview with him triggered a widespread backlash, the BBC wrote.

© AFP 2020 / JANUAR
Australia Rules Out Signing Global Migration Compact in Current Form - Minister
During the interview, Cottrell urged the government to reduce immigration, protect the country against "foreign ideologies" and to "reclaim our traditional identity."

His statements invited an angry backlash from the audience, with viewers calling in to say that last year, Cottrell was convicted of inciting contempt of Muslims, and that he had previously called for schools to display pictures of Adolf Hitler.

Other presenters at the network were equally incensed by Cottrell’s comments.

A regular commentator and former Australian government minister, Craig Emerson, slammed the interview as “another step in a journey to normalizing racism and bigotry in our country" and said he would not appear on the network again.

Faced with the angry backlash, Sky News director Greg Byrnes wrote that “it was wrong to have Blair Cottrell on Sky News Australia. His views do not reflect ours,” adding that the interview had been removed from repeat timeslots and online platforms.

Blair Cottrell has complained that Sky News Australia had succumbed to pressure to "silence" him.