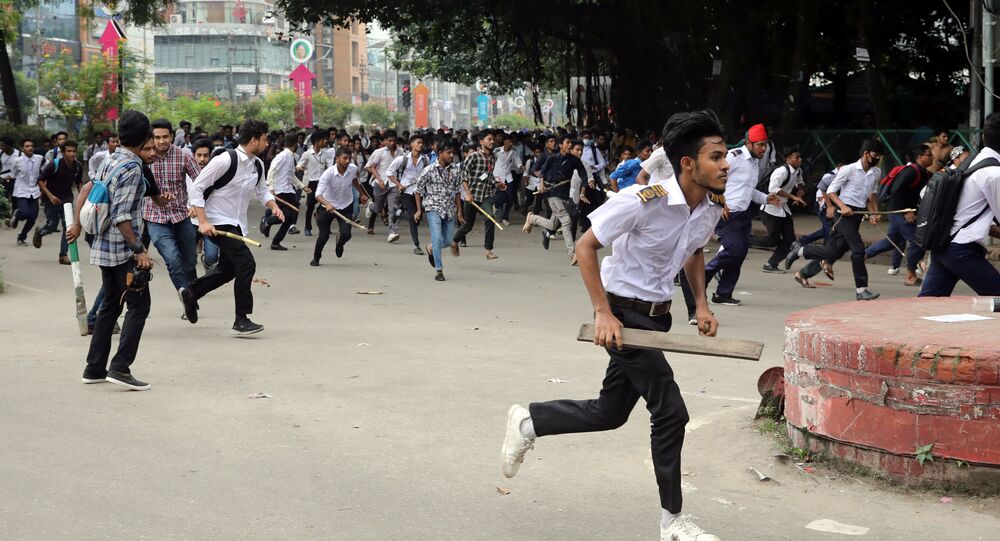 Bangladesh’s government has blocked access to mobile internet in an attempt to suppress massive student protests after they turned violent on Saturday, AFP reported.

The capital city of Dhaka has been kept at a standstill since the beginning of the week by protestors who showed their dismay with road safety after a deadly incident involving two students who were killed by a fast-moving bus.

On Saturday, Dhaka's Jigatala area witnessed a protest which started to turn violent, leading to the injury of over 100 people.

According to witnesses cited by AFP, police used tear gas and rubber bullets in an effort to put an end to the protests. Moreover, the French agency reported that activists who reportedly supported the government assaulted young protesters, even the ones who were rushing to get treatment in hospitals close to the area.

The transport segment of Bangladesh is considered to be corrupt, poorly regulated and unsafe, AFP noted. The news about the deaths of two teenagers as well as the actions of alleged government activists have quickly taken over and has led to an enduring outrage that the public expresses to the government.