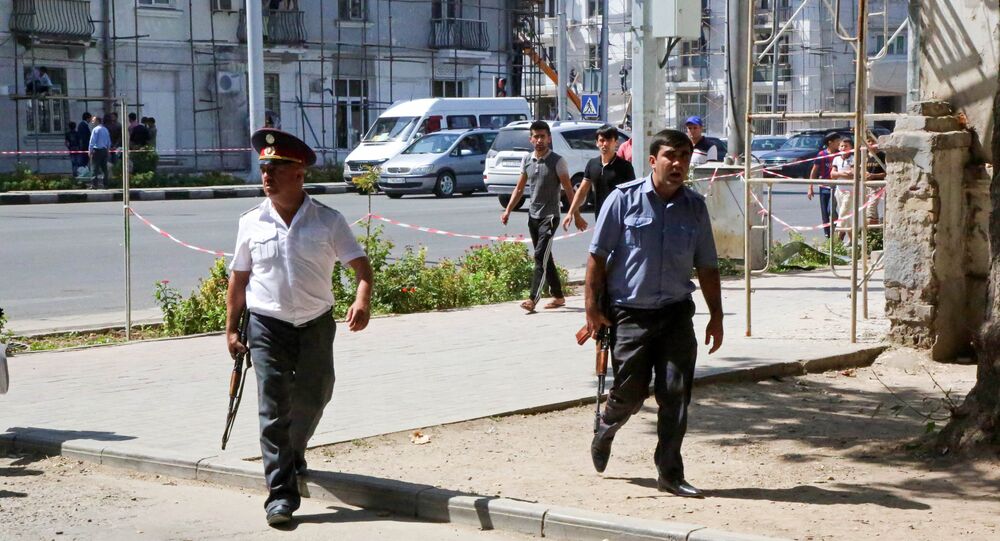 DUSHANBE (Sputnik) - Tajikistan's Prosecutor General's Office said in a statement on Friday it had left the "terrorist act" article as the only version of the foreign tourist's killing.

Earlier, the Prosecutor General's Office of Tajikistan initiated a criminal case on the fact of an attack on foreign tourists on the articles "terrorism" and "murder."

"Murder of foreign tourists in the south of Tajikistan is a terrorist act committed to destabilize the situation in the country, to intimidate society, to undermine Tajikistan's image in the international arena," the statement said.

© AP Photo / Peter Leonard
Two Foreign Tourists Stabbed in Tajikistan Remain in Hospital – Health Ministry
According to the prosecutor general's office, the attack was committed by the residents of the Panj district Hussein Abdusamadov, Asomidin Majidov, Zafar Safarov and residents of Nurek city, brothers Asliddin and Jafar Yusupovs — members of the Islamic Renaissance Party of Tajikistan, banned in the country.

The group planned the attack outside the country, under a cover of the Daesh terrorist group, which earlier claimed responsibility for the attack, the prosecutors said, adding that Abdusamadov had been earlier trained by terrorists in Iran.

On Sunday, a group of foreign cyclists traveling around the country were hit by a car. The attackers then stabbed to death four of the tourists (two US citizens, one Dutch and one Swiss national) and injured three others.

Meanwhile, US State Department said in a Travel Alert on Wednesday that US citizens and residents who travel to Tajikistan are being warned to exercise increased caution following a terrorist attack.

"Tourists should avoid activities that develop predictable patterns of movement," the alert said. "If documenting your travel on social media, please ensure your privacy settings are appropriately set."

Two of the travelers with severe stab wounds were still undergoing treatment in a Dushanbe hospital, a source in the Tajik Health Ministry told Sputnik earlier on Friday.