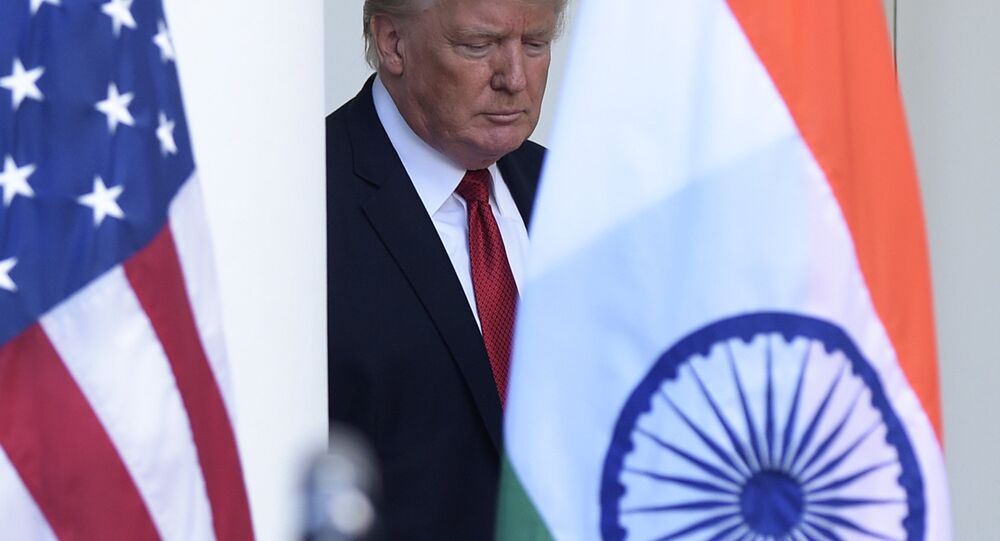 If US President Donald Trump accepts the invitation to participate as a special guest, he will be the second US President to attend India's Republic Day parade after Barack Obama in 2015.

New Delhi (Sputnik) — The White House has confirmed having received the Indian government's invitation to President Donald Trump as a special guest for the Jan. 26, 2019 Republic Day celebrations in New Delhi but has indicated that the decision on participation will only be taken after the 2+2 ministerial dialogue scheduled for September 6.

"I know that the invitation has been extended, but I don't believe a final decision has been made.  I do know that both Secretary Mattis and Secretary Pompeo will be traveling to India — I believe it's next month — and will begin the dialogue and the process and potential discussion for a presidential visit later in the year," White House press secretary Sarah Sanders said on Wednesday.

The 2+2 ministerial dialogue will is expected to witness extensive discussions on strategic and defense matters by the foreign and defense ministers of India and the US.

© AP Photo /
India Expresses Apprehension Over Military Pact Ahead of US Delegation's Arrival
The Trump administration has been asking India to limit defense co-operation with Russia and trade relations with Iran; which was subtly denied by India on several occasions earlier this year.

The 2+2 dialogue which was postponed twice earlier is expected to facilitate some progress on the crucial Communications Compatibility and Security Agreement (COMCASA). Several other bilateral trade issues particularly regarding the prices of medical equipment, the H1B US visa row, the import tariff on steel and aluminum, etc will come up for discussion during the meet. The meeting will also decide whether the US will provide any waiver on crude imported from Iran as the sanctions will come into force from November this year.

However, a recent statement made by India on the 2+2 ministerial dialogue had some critical diversion from the US on the same. While the US said that the US statement mentioned "challenges in the Indo-Pacific region" as part of the discussion; India's statement did not mention the Indo-Pacific.

Another development that has raised questions on whether India and the US are on the same page is the recent pact between the US, Australia, and Japan for a new regional infrastructure scheme that is viewed as a rival to China's Belt and Road Initiative (and Beijing's other infrastructure programs). Earlier, it was being widely speculated that India, the US, Australia, and Japan were forming the 'Quad' to challenge China in the Indo-Pacific region.