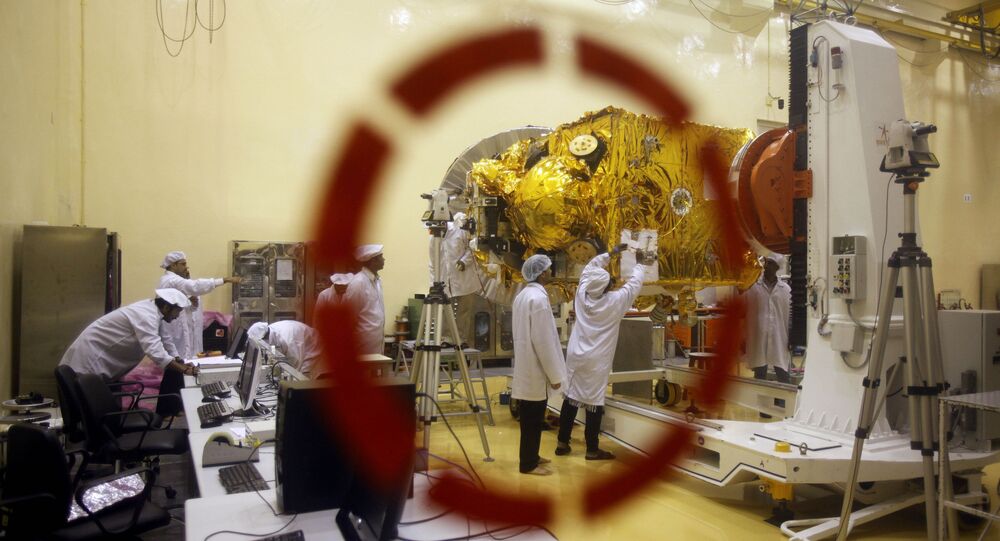 New Delhi (Sputnik) – The Indian Space Research Organisation (ISRO) has started work on developing an electric propulsion system (EPS) with a higher thrust level, which can reduce the dependence on chemical propellant, the Indian government said on Wednesday. Unlike chemical propulsion, electric propulsion is not limited in energy and can send a spacecraft further out at a low-level thrust with very little mass.

"ISRO is working on Electric Propulsion System (EPS) which can reduce the dependence on chemical propellant. A 4-ton satellite with EPS can do the work of a 6-ton satellite with the same efficiency. In addition, it will also have avfew extra years of life compared to chemical propulsion," Jitendra Singh, Minister of State for Space, informed India's parliament on Wednesday.

"The EPS system was the first (trial) drone South Asia Satellite (SAS) — GSAT-9 launched in the year 2017 and is working satisfactory," Singh added.

Sources told Sputnik that ISRO is striving to increase the thrust level of electronic propulsion that presently hovers at below 300 millinewtons With this low thrust level, any spacecraft will have to wait up to 6 months to slowly reach its destination. Presently, the chemical propulsion used by the ISRO provides 440-Newton thrust, which sends the satellite to the final destination within a few days.