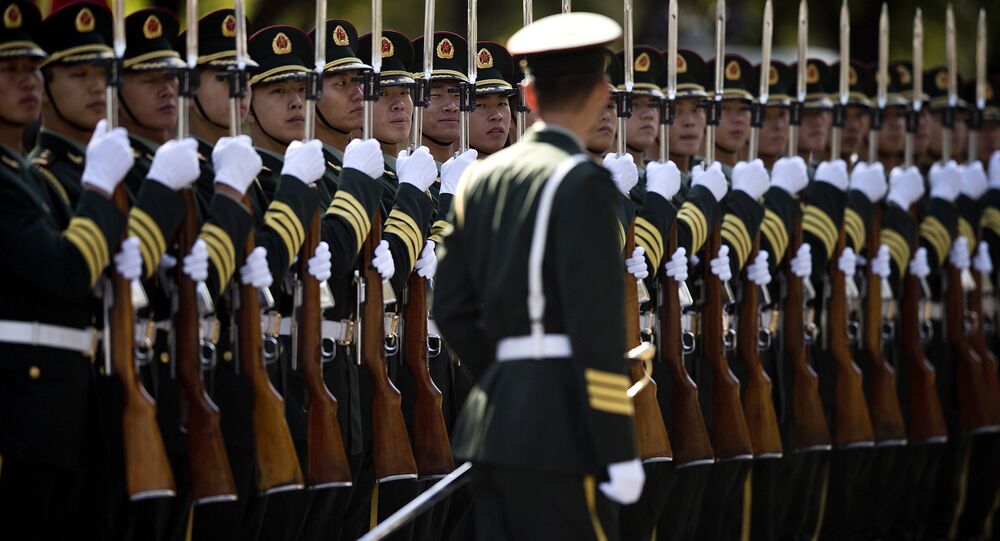 At the invitation of the People’s Liberation Army (PLA) of China, a delegation from the Indian Armed Forces comprising officers and soldiers has taken part in the celebrations, which included cultural performances by both the sides.

New Delhi (Sputnik): A special meeting of border personnel of India and China was held at the Nathu-La pass at the Sikkim sector of the border on Wednesday to commemorate the 91st anniversary of the foundation of China's People's Liberation Army (PLA).

"The PLA troops interacted with the visiting Indian delegation and presented a cultural program comprising several events to celebrate the occasion. As a gesture of goodwill, the Indian side also reciprocated with traditional cultural events to mark the occasion," an official said.

This is the second such occasion after last year's Doklam standoff, when troops from both countries met to celebrate an occasion. On June 21 this year, both sides shared a common ground to observe the fourth International Day of Yoga at the Daulat Beg Oldie — Tein Wein Dein meeting point at an altitude of 16,942 feet.

"Such interactions between both armies have resulted in promoting mutual understanding and contributed towards achieving common goals of peace and tranquility along the borders," the defense official added.

At the Wuhan Informal Summit between Indian Prime Minister Narendra Modi and Chinese President Xi Jinping in April this year, both sides issued "strategic guidance" to their respective militaries to "build trust and have a mechanism to prevent incidents in the border regions."