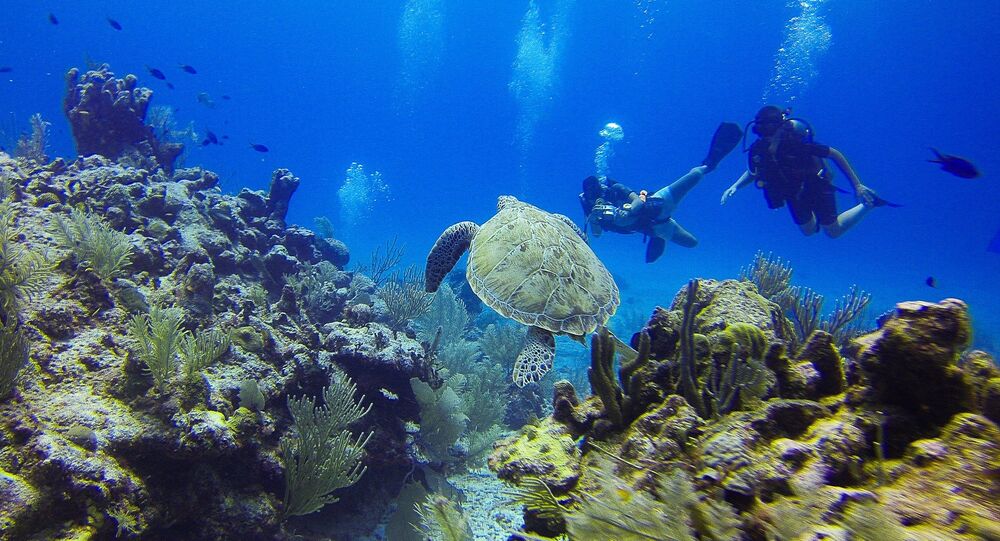 A government report claims that 10% of recovery from the large reserve of 75,000 square kilometers in the Central Indian Ocean Basin can meet the energy requirement of India for the next 100 years.

New Delhi (Sputnik): The Indian government has unveiled a $1.2 billion "Deep Ocean Mission" to emulate the success of the Indian Space Research Organisation (ISRO) in ocean exploration for energy, food, medicine and other natural resources that surround the Indian subcontinent.

"It has been estimated that 380 million metric tonnes of poly-metallic nodules are available at the bottom of the seas in the Central Indian Ocean," the report stated.

Under the mission, the government plans to set up an offshore desalination plant along the Chennai coast, deep sea science and fisheries and develop a submersible vehicle that can go to a depth of at least 6,000 meters with three people on board. The desalination plant would be located at least 40 kilometers away from the shore and would convert seawater into drinking water.

© AFP 2021 / STR
Indian Navy Looks to Raise High Performance Unmanned Submarine Squadron by 2021
The plant would be powered by locally generated low-cost thermal electricity, instead of diesel, and is expected to give millions of underprivileged Indians access to safe drinking water.

"The mission proposes to explore the deep ocean similar to the space exploration started by ISRO about 35 years ago," the report reads.

India needs vital minerals such as copper, cobalt, nickel and manganese for future generation manufacturing, including the production of hybrid cars and smartphones. Currently, China has a monopoly on such minerals.

In 2016, India signed a 15-year contract with the International Seabed Authority (ISA) for exploration of poly-metallic sulfides in the Indian Ocean. It is estimated that basic exploration activities would require no more than $100 million. India has a 7,500km coastline and 2.4 million square kilometers of Exclusive Economic Zone.