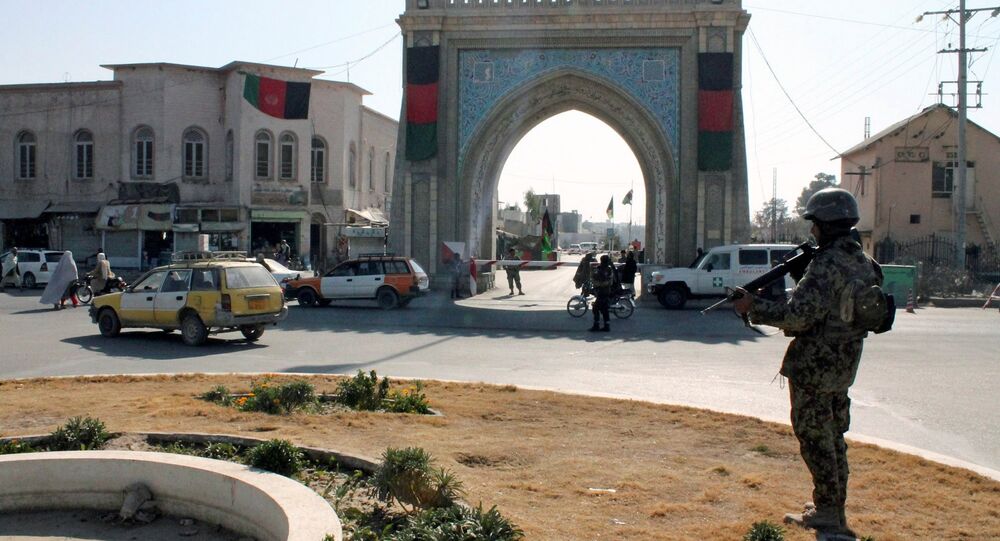 WASHINGTON (Sputnik) - The Kabul government has pushed back on a US plan to overhaul anti-corruption efforts amid the complete failure of Afghan courts and the attorney general’s office to counter government fraud and graft, the Special Inspector General for Afghanistan Reconstruction (SIGAR) said in a report.

Officials in Kabul, however, did not concur with the recommendation despite the fact corruption has run rampant through the government’s very own so-called anti-corruption institutions and agencies, the report noted.

© AP Photo / Rahmat Gul
At Least 16 Daesh Terrorists Eliminated by Afghan Forces in Nangarhar Province - Reports
In particular, SIGAR is concerned that the specialized anti-corruption court established by President Ashraf Ghani in May 2016, the Anti-Corruption Justice Center has shown little ability to function as intended in its goal of combating serious corruption.

According to the US Department of Justice, nearly 40 percent of the prosecutors assigned to the Anti-Corruption Justice Center have failed polygraphs. Confronted with those results, Afghanistan’s attorney general displayed a "deep reluctance" to use polygraph information for vetting purposes, the report noted.

The Justice Department believes the problem of powerful and corrupt actors ignoring warrants is so severe that it has undermined the fundamental legitimacy and authority of the Anti-Corruption Justice Center, the report said.

At Least 22 People Kidnapped by Taliban in Eastern Afghanistan – Reports