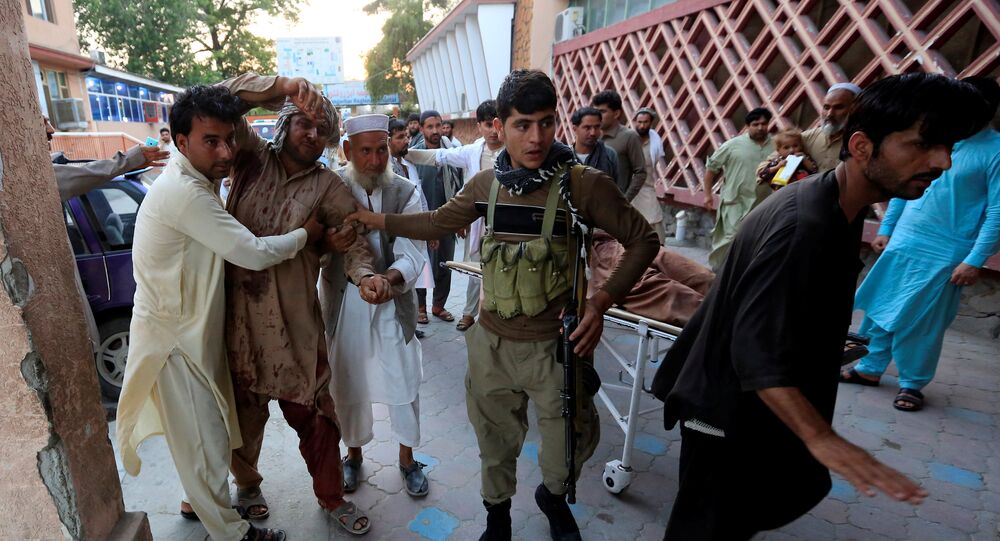 According to the TOLOnews broadcaster, an explosion has occurred near the Provincial Central Hospital and Department of Migrants and Refugees.

A blast has hit the Afghan city of Jalalabad in eastern Nangarhar province, local media reported.

At least 15 people were killed 14 were taken to hospitals with minor wounds after militants attacked the Refugees and Repatriation Directorate in the eastern Afghan city of Jalalabad, local media reported, adding that the operation to eliminate the remaining terrorists was underway.

According to TOLOnews, at least three gunmen had stormed the building after the explosion. The media outlet added, citing local residents that gunfire had also been heard.

"Security forces have been deployed to the site to kill the terrorists and rescue those people who are stuck inside the department," spokesman for the governor of Nangarhar province Attaullah Khogyani said.

According to Khogyani a "large number" of employees had been rescued but it is still not clear how many people remained inside.

The militants stormed the directorate building at about 12:00 p.m. local time (07:30 GMT) during a meeting between representatives of non-governmental organizations and the authorities.

© CC BY 2.0 / The U.S. Army / US Troops in Afghanistan
US-Taliban Talks Aside, Afghanistan's Future 'Going To be Tough' in Near-Term
No terrorist group has immediately claimed responsibility for the incident.

In recent weeks a series of complex attacks have occurred in Jalalabad, killing and wounding dozens of people.

Afghanistan has been suffering from an unstable political, social and security situation because of terrorist groups operating in the area.