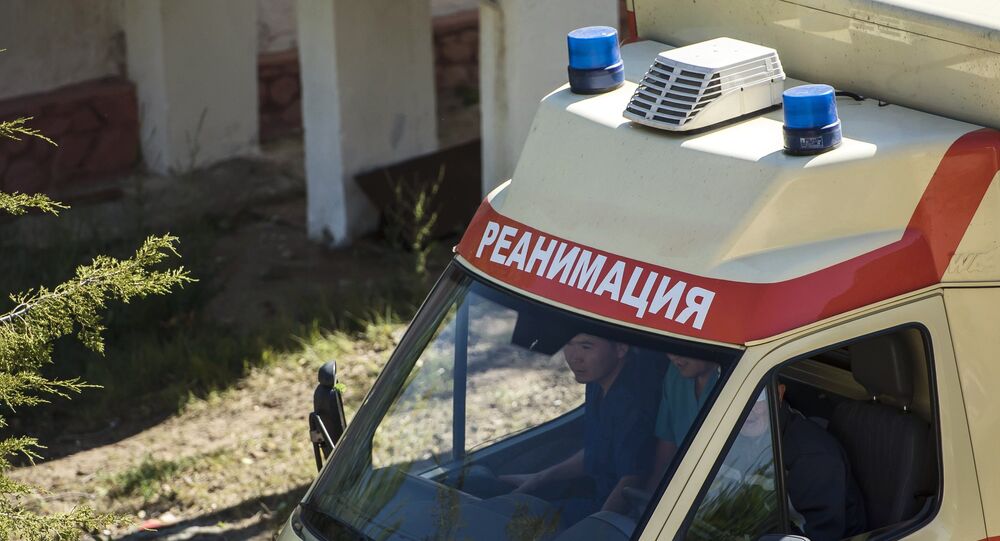 BISHKEK (Sputnik) - The Kyrgyz Emergency Ministry said that a rescue operation was underway in the area of the Skryabin Glacier to evacuate four Russian and three Kazakh nationals injured by a rock slide.

"Last night, a group of tourists was caught by a rock slide at the altitude of 4,100 meters (about 2.5 miles) upon ascending to the Skryabin Glacier. One Kazakh national was killed, others were injured. There are four Russian nationals and three Kazakh nationals among the wounded," Elmira Sheripova, the emergency ministry's spokeswoman, said.

According to the ministry, a rescue helicopter was sent from Kazakhstan upon the request of the Kyrgyz side at about 7:00 a.m. local time (01:00 GMT).

In June, a Kyrgyz military helicopter had a hard landing due to strong winds during a rescue operation in the area of the Khan Tengri mountain, injuring all 15 people aboard.

Two years ago, another Kyrgyz helicopter crashed while rescuing a Russian climber in the area of the Engilchek Glacier.