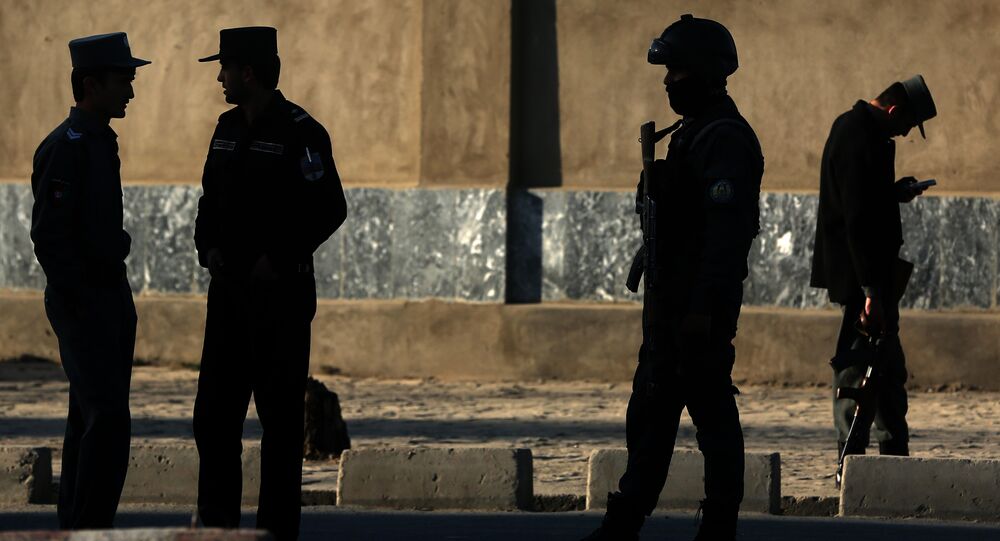 A bus has blown up after hitting a mine in the western province of Farah in Afghanistan, eight people have been killed and 40 injured in a result of the explosion, the Xinhua News Agency reported, citing local authorities.

"It was a bomb planted by the Taliban to hit security forces but unfortunately it hit a passenger bus," Farah provincial police spokesman Muhibullah Muhib told AFP.

According to the latest information, the bombing killed 11 people and injured 31.

No terrorist organization operating in the region has claimed responsibility for the explosion.

The explosion happened as the bus passed through Bala Baluk district of Farah at 4:30 a.m. (00:00 GMT), according to provincial governor spokesman Naser Mehri.

© REUTERS / Mohammad Ismail
At Least 4 Police Killed in Kabul Suicide Attack
Afghanistan has been embroiled in an unstable political, social and security situation due to a militant insurgency, including the Daesh* terrorist group and Taliban* radical movement.

The Taliban has been very active in Farah. It started a major attempt to take over the provincial capital in May, causing intense fighting with Afghan forces.