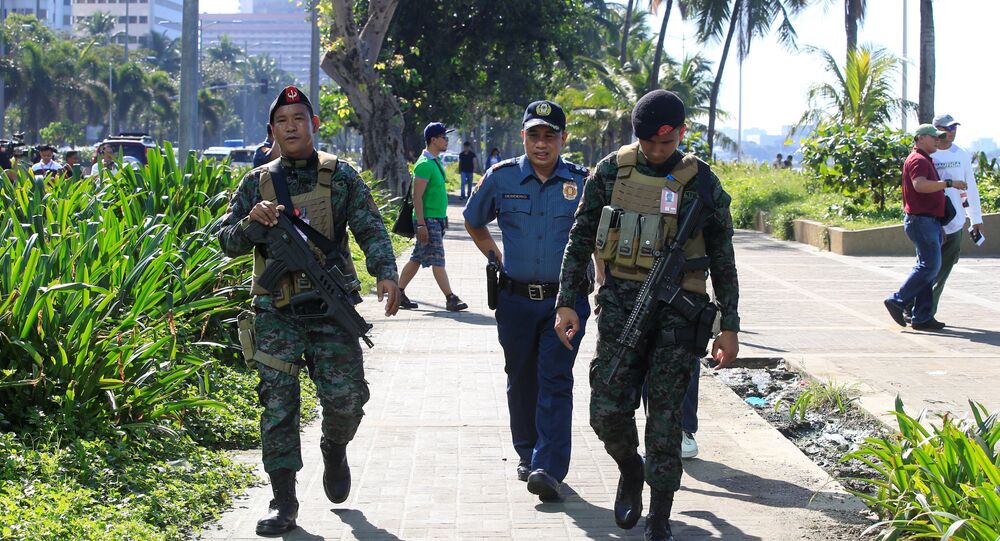 The Philippine Armed Forces and police have launched an investigation into a car bomb explosion in Basilan, an island province in the southern part of the country.

Among those killed there reportedly were a woman and a child, four members of the Citizen Armed Force Geographical Unit (CAFGU) and the driver of the car where the bomb was installed.

Other were wounded, however, the exact number of casualties remained unclear. The powerful blast reportedly occurred moments after local troops stopped the vehicle at a military checkpoint and spoke to the driver.

Basilan Governor Jim Saliman told local media outlets that the explosion occurred in a CAFGU detachment, which is run by members of military and civilians. Saliman said that the Abu Sayyaf terrorist group was allegedly behind the incident.

Several dead in an explosion in Lamitan, Basilan https://t.co/JGkNqCSQeJ pic.twitter.com/ORCnwwcD8B

The Basilan province is reportedly a known stronghold of the terrorist group Abu Sayyaf, which has pledged allegiance to the Daesh terrorists.

Local police and the Armed Forces have launched an investigation into the incident, local media outlets reported.

The Basilan province is reportedly a no-go area for most local citizens because of the penetration of Abu Sayyaf extremists and fierce military offensives against its fighters, Reuters reported. Abu Sayyaf is also reportedly infamous for taking local fishermen and crews from commercial ships as hostages and beheading Western captives for whom ransom is not paid.

© AP Photo / Bullit Marquez
'Shoulder to Shoulder': US, Philippines Reportedly Begin Annual Military Drills Despite Tensions
In February, the Supreme Court of the Philippines ruled to prolong the martial law in the southern Mindanao island, where terrorists seized the city of Marawi last year and controlled it within several months, until the end of 2018.

Earlier, country's President Rodrigo Duterte said that the Philippines may introduce the nationwide martial law amid the high terror threat.

The martial law was initially declared in Mindanao last year after the outbreak of the conflict between the Philippines' security forces and extremists reportedly affiliated with the Daesh terrorist group, which resulted in the fall of Marawi. In October, Duterte declared Marawi fully liberated from the terrorists. The crisis resulted in thousands killed and injured and left much of Marawi ruined.

Show Me a Selfie! Philippines' Duterte Vows to Resign if God's Existence Proven