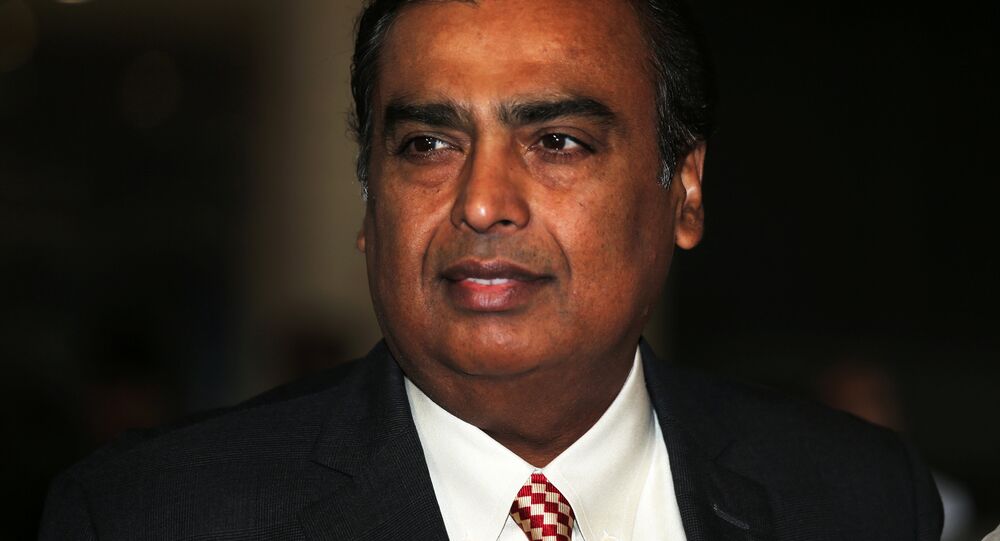 Ambani added $4 billion to his wealth in 2018 alone and his company Reliance Industries has crossed $100 billion in market capitalization on the Bombay Stock Exchange. Ambani beat Jack Ma last week when the wealth of the chairman of Reliance Industries (RIL) swelled to $44.3 billion on the Bloomberg Billionaires Index, surpassing Ma's $44 billion.

India's Mukesh Ambani is now worth $44.3 billion, overtaking Alibaba's Jack Ma as Asia's richest person. Here's how he got there https://t.co/7wQZaiv0U3 pic.twitter.com/5L7m2ShxUK

A market analyst says that what has worked for Mukesh Ambani and his company is that it successfully cracked the puzzle of understanding India's purchasing power.

"What has worked for the stock is that with Jio where RIL invested nearly 2.5 trillion, Mukesh Ambani is winning the price war. They have cracked India's purchasing power puzzle and its entry into fiber and a digital platform for its retail business are triggers going forward. Ambani has aimed high with an aim to double RIL size by 2025 — the track record of bold decisive execution suggests this is [doable]," Ninad D Sheth, a senior market analyst, told Sputnik.

Mukesh Ambani's wealth comes mainly from Reliance Industries Limited (RIL), India's second-biggest company of which Mukesh is chairman and managing director. His father, Dhirubhai Ambani, began his career as a clerk before venturing out on his own to trade in spices and yarn. Mukesh got trained as a chemical engineer before joining his father's company at the age of 20 along with his younger brother Anil Ambani.

With time, Mukesh became famous for executing large-scale projects as he took the company to refineries and petrochemicals with the guidance of his father. The world's largest refinery complex at Jamnagar on India's west coast was built by the father-son duo.

Things became messy when Dhirubhai Ambani died in 2002 without a will. Mukesh and Anil entered into a dispute, which was finally settled with their mother brokering a peace deal. While the elder son now controls the refining, petrochemicals, oil and gas, and textiles enterprises, the younger brother Anil took the construction, telecommunications, asset management, entertainment and power generation businesses. Over time, while the fortunes of the younger brother dwindled, Mukesh's wealth persistently increased.

He has been a regular in the global media and notably owns the world's most expensive house, whose construction reportedly cost over $2 billion.

The game changer for Mukesh Ambani was the setting up of Reliance Jio Infocomm Ltd. three years ago which resulted in a tremendous surge in Mukesh Ambani's wealth. The success of Ambani's companies has been accelerated by positive investor sentiment around Jio telecom.

Jio added 215 million customers within 22 months; that's a record that no technology company has been able to achieve anywhere in the world, says Mukesh Ambani. #Q1WithBQ