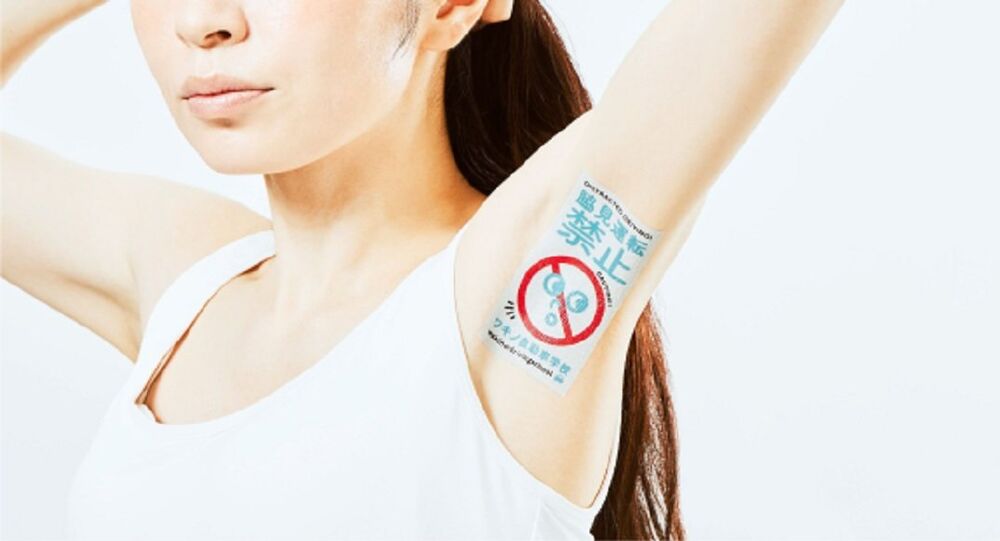 With summer heat on the rise, the company has already landed its first client, and is ready to pay for tiny posters on the parts of women’s bodies which remain clothed in colder seasons. In its search for clients, the firm also plans to scout models and hold an armpit beauty pageant.

The Wakino Ad Company has placed a new ad medium on the market, according to the news outlet Sora News 24. For a fee of 10,000 yen ($90) per hour, Wakino, which derives its name from the Japanese word for an armpit “Waki,” promises to plaster a waterproof ad on the armpits of a young model.

The girls are said to do their best to show the ad at its maximum, illustrating the strategy with girls gripping handrails or just holding their arms up, although further details are not given.

The company, which incidentally was launched by a beauty company that specializes in armpit products, has already landed its first client. A dermatology chain has chosen the unique offer for promoting painless hair removal.

The company seeks not only new customers, but also scouts models, both men and women, to retranslate the ad messages. It plans to stage an armpit beauty contest, once again open to both sexes and with an open application.

Over 9,000: WATCH Japanese Kickboxer Take Out Opponent With Killer Combo