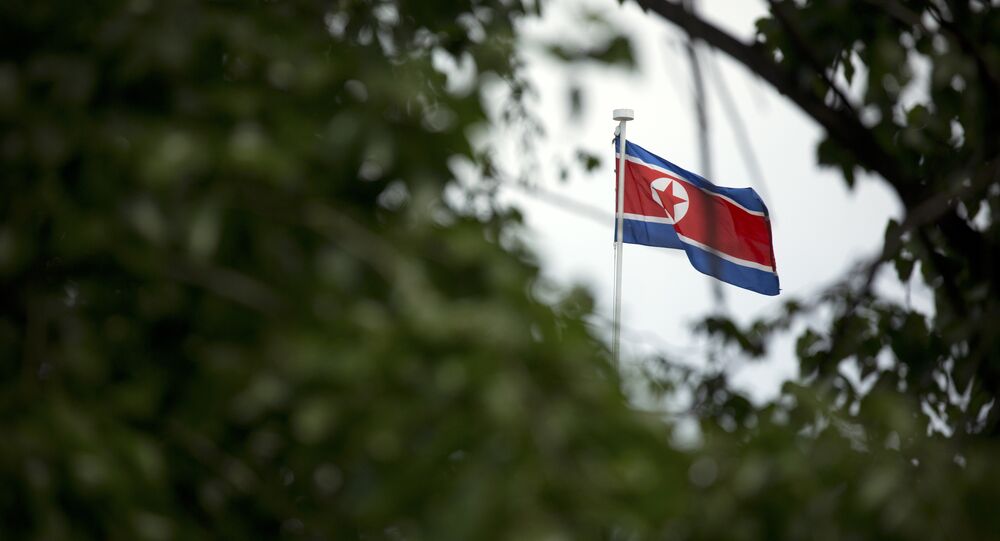 North Korea handed over remains of American soldiers who died in the 1950-1953 Korean War to US, the White House announced.

White House said that the US Air Force transport plane with remains of US soldiers killed in Korean War is heading to a US air base in South Korea.

Trump also tweeted the remains will soon be heading to the United States. "After so many years, this will be a great moment for so many families. Thank you to Kim Jong Un."

The Remains of American Servicemen will soon be leaving North Korea and heading to the United States! After so many years, this will be a great moment for so many families. Thank you to Kim Jong Un.

​Earlier, local media reported that the plane left Osan Air Base in the northwestern city of Pyeongtaek early on Friday and was expected to land in North Korea’s Wonsan soon.

© AP Photo / Evan Vucci
Trump Says North Korea’s Kim Making ‘Terrific Progress’ After Singapore Summit
Some 50 sets of remains are reported to be waiting to be transported back to the base, from where they will be flown to Hawaii for forensic identification the Yonhap news agency said.

The repatriation marks the 65th anniversary of the US-Korean armistice which ended the Korean War, although the two parties never signed a final peace accord.