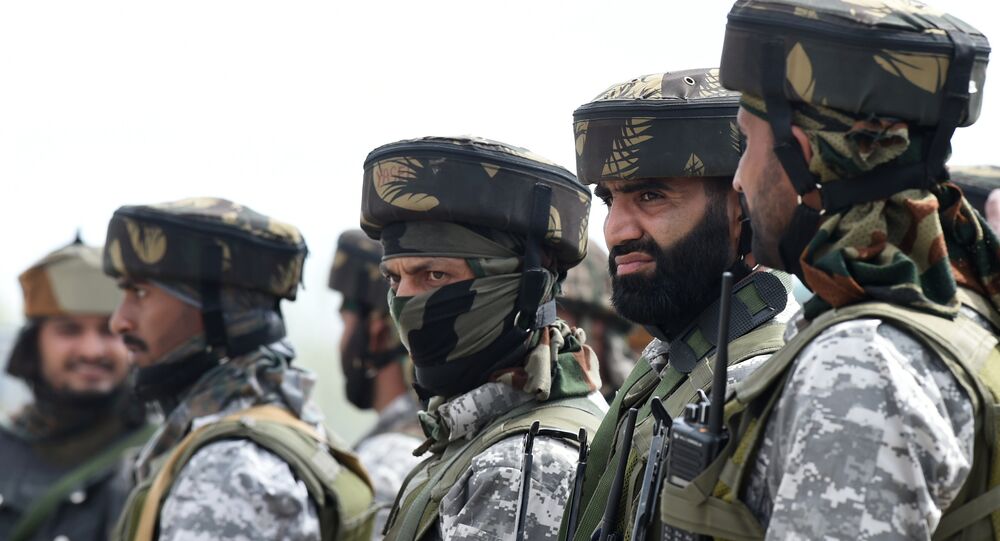 Earlier this year, the Indian Army had expressed its deep disappointment on its defense budget allocation, expressing concern that the funds would not be adequate to make crucial purchases. Similar sentiments were echoed by the country’s navy and air force.

New Delhi (Sputnik): India has outpaced China in its military expenditure in terms of the country's national income, as well as government spending, India's Ministry of Defense said on Wednesday. However, the overall defense expenditure of China was more than three times that of India last year.

"India's military expenditure in 2016 and 2017 was 2.5% of gross national product (GDP) in comparison to 1.9% of China," Nirmala Sitharaman, India's minister of defense, said in Parliament on Wednesday.

The current dispensation in New Delhi has been facing severe criticism from opposition leaders and defense analysts for allocating less than the requisite amount for the modernization of the armed forces.

© AFP 2021 / Tauseef MUSTAFA
Indian Defense Budget Gets Lowest Hike in 6 Decades; Experts Call for a Relook
The Finance Ministry, in February this year, announced allocations for 2018-19 for the defense sector, which were hiked to approximately $46.15 billion from last year's $42.18 billion. This included a capital outlay of $15.55 billion for the purchase of new weapon systems and modernization, which was dwarfed by the revenue expenditure (day-to-day running costs, salaries of defense personnel, etc) of $30.6 billion.

The Indian Armed forces had expressed deep disappointment on the allocation, viewing it as inadequate even for necessary purchases.

"The allocated budgetary resources are optimally utilized towards meeting the operational requirements of the Armed Forces. Depending upon the allocated resources, schemes are also reprioritized to ensure that urgent and critical capabilities are acquired without compromise of operational preparedness," Defense Minister Sitharaman tried to downplay the issue in Parliament.

The defense minister has also provided a comparison of the share of government spending in its military expenditure wherein India once again beats China. The Indian government spends 9.1 percent of its total expenditure on its military in comparison to the 6.1 percent China spends. While no official data relating to China's annual defense budget is available, as per the Stockholm International Peace Research Institute (SIPRI) database, China's military expenditure was $228.23 billion in 2017 while India spent $63.923 billion that year.

India plans to increase defense spending by 11 percent next year