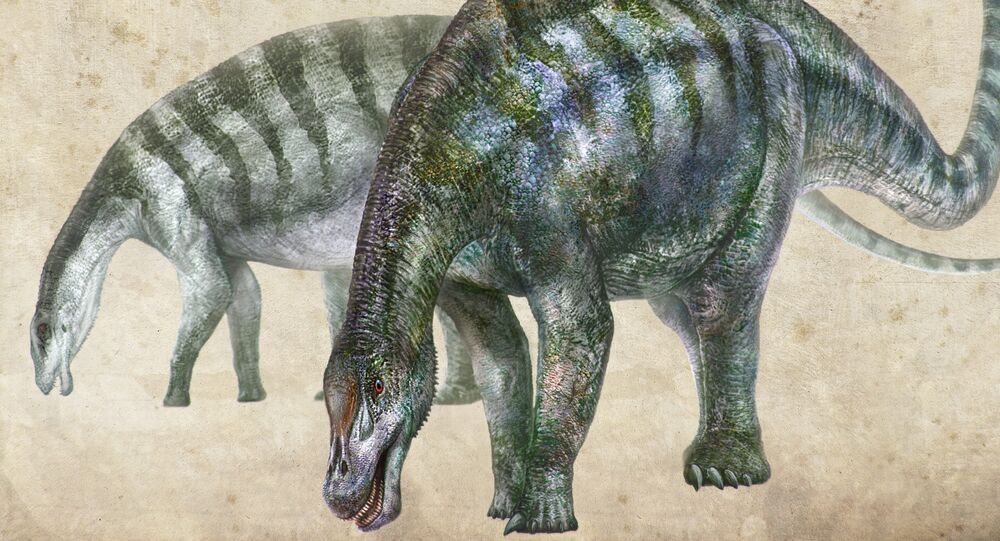 Scientists in China's Lingwu region have discovered the fossils of an early member of the long-neck, plant-eating dinosaur group called the sauropods, they revealed in a study published Tuesday in the peer-reviewed journal Nature Communications.

The dinosaur, which roamed the Earth some 174 million years ago, has been named Lingwulong shenqi. According to the study, "Lingwu" is for the name of the region in which the fossils were discovered; "long" is Mandarin Chinese for dragon; and "shenqi" Mandarin for amazing. All together, the new dino is the "amazing dragon of Lingwu."

© REUTERS / Xu Xing/Handout
One of the four quarries producing fossils of Lingwulong, a newly discovered dinosaur unearthed in northwestern China is seen in this image provided July 24, 2018.

Although sauropods have been found globally, researchers noted that due to the fragmentation of the ancient continent Pangea, several subgroups of the species had been restricted to certain parts of the world. This had been the case for the subgroup neosauropods, to which the latest find belongs.

Paleontologists involved in the study first began to excavate four sites across northwest China in 2005, which ultimately resulted in the discovery of seven to 10 partial skeletons of the new species, ranging from juveniles to adults. Officials also noted in the study that the fossils were older than any other similar dinosaur remains by 15 million years.

Considering it's difficult to paint an exact picture of how the dinosaur might've appeared — or behaved, for that matter — officials have estimated that the new dinosaur varied anywhere from 35 to 55 feet long from head to tail and moved fairly slowly.

"Not only is it the oldest member [of this group], but it's the first ever from Asia," study author Philip Mannion told the BBC. "For a long time it was thought that neosauropods didn't get into Asia during the Jurassic."

"This suggests that firstly, [neosauropods] got in before any kind of barrier came up, but increasingly the geological evidence suggests maybe this barrier was quite ephemeral," he added.

Moving forward, researchers hope to find even more fossils to support their work.