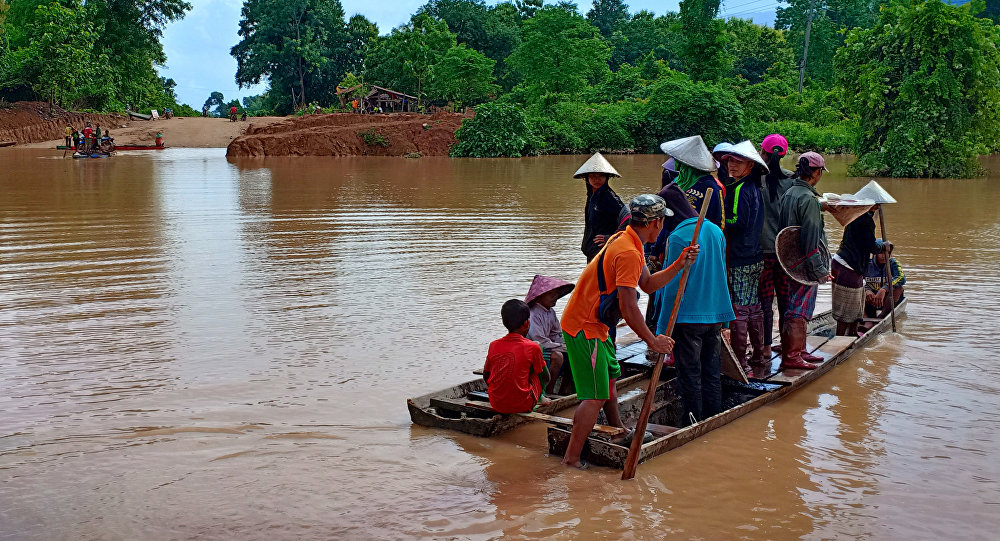 A group of volunteers which rounds up support for victims of the floods caused by the dam collapse reported that more than 40 people died and 200 are still missing.

The dam was reportedly slated to start energy supplies in 2019, providing almost all the energy produced to neighboring Thailand. The Xe-Pian-Xe-Namnoy Power Company reported that heavy rain and flooding caused the collapse of the dam, which was under construction since 2013.

Up to five billion cubic meters of water was reportedly released to the river system after the hydropower dam collapse on Monday. 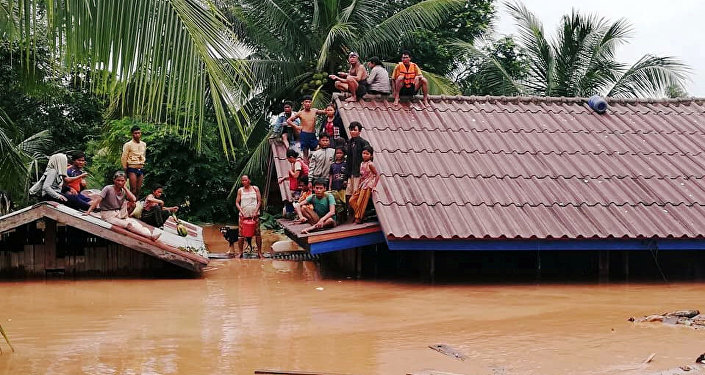 © REUTERS / ABC Laos News/Handout
Hundreds Missing as Dam Collapse in Laos Levels Houses, Wreaks Havoc (PHOTOS)
The authorities have not released yet any official information on the number of victims, however, local media reports emerged on Tuesday stating that as a result of the floods several people were killed and hundreds of others are missing.

The Laos News Agency reported on Tuesday that the disaster had left over 6,600 people homeless.

Authorities of the Attapeu province have called on the government, business community, police and Defense Ministry to provide the affected areas with emergency aid, including clothes, food, drinking water, medicine, cash and other goods.