A young American man doing missionary work in New South Wales fell to his death Monday after trying to take selfies close to the edge of a cliff. His cell phone contained images of him at the edge of the precipice.

Gavin Zimmerman, 19, was visiting the popular sightseeing spot of Cape Solander, which sits between Botany Bay and the Pacific Ocean, when he fell more than 100 feet onto the rocks and water below, Newser reported. Although Zimmerman was there to watch whales, he decided to snap some selfies from atop the scenic cliffs, too.

Carmelo Pesce, mayor of the nearby town of Sutherland, told the Australian Broadcasting Corporation (ABC) Monday that council lifeguards had responded to news of the man's fall by jet skiing to the area. They retrieved his body from the 25-foot deep water, but were unable to revive him. 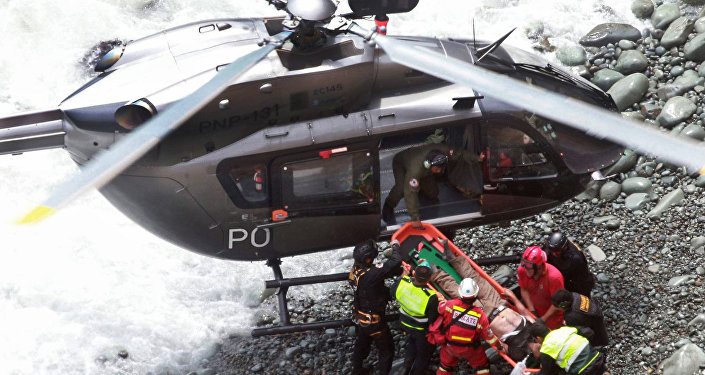 Zimmerman hailed from West Haven, Utah, about 30 miles north of Salt Lake City. The Salt Lake Tribune reported Monday that he had been on mission for about a year, according to a statement by the Church of Latter-Day Saints. His mission would have been completed in another year's time.

Pesce said Monday that police had "recovered a phone that has photographs on there of the young gentleman taking photos and he was extremely close to the edge of the rock."

The mayor noted this was the second time someone had fallen to their death at Cape Solander in the last six weeks, and he urged tourists to respect warning signs and fences and not to venture too close to the edge of a precipice.

David Hales, president of the Ogden Utah West Stake, which includes Zimmerman's LDS congregation, told the Salt Lake Tribune that Zimmerman "was just a force of happiness… He was just a bright spot in this world. Everyone loved him. He was a friend to all."

Don't Sneak Up on Me: Elephant Attacks Tourist Boat