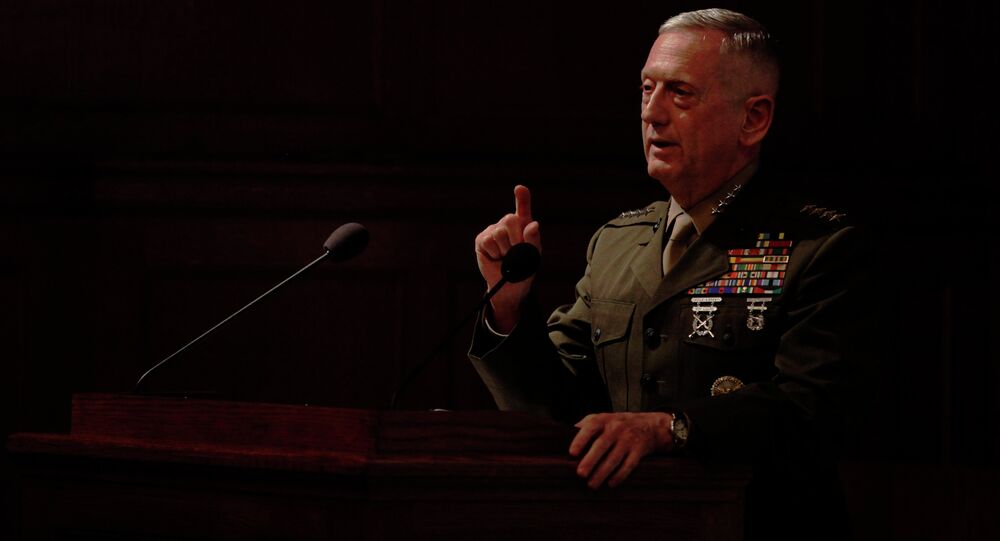 The 2+2 dialogue was agreed upon last year during a telephone conversation between Indian Prime Minister Narendra Modi and US President Donald Trump. The meeting is seen as a vehicle to elevate the strategic relationship between the two countries.

New Delhi (Sputnik): The defense and foreign ministers of India and the United States will hold their inaugural 2+2 dialogue in New Delhi on September 6. The US state department confirmed the fresh date after postponing meetings in April and July.

The July 6 meeting was deferred at the request of US Secretary of State Mike Pompeo on account of his "unavoidable and unforeseen commitments."

We are pleased to announce the upcoming U.S.-India 2+2 Dialogue on Thursday, September 6. We look forward to productive discussions between our two countries on ways to strengthen #USIndia strategic, security, and defense cooperation. #USIndia70 pic.twitter.com/dsT4QfppAH

"Secretary of State Michael R. Pompeo and Secretary of Defense James Mattis look forward to meeting with their Indian counterparts, Minister of External Affairs Sushma Swaraj and Minister of Defense Nirmala Sitharaman, to discuss strengthening strategic, security, and defense cooperation as the United States and India jointly address challenges in the Indo-Pacific region and beyond," Heather Nauert, a spokesperson for the US Department of State, stated.

© AP Photo / Gurinder Osan
Key Indo-US Talks Called Off Amid Trade Tensions
While Sitharaman had met Mattis in New Delhi and in Singapore earlier this year, the September meeting will be the first occasion for Swaraj and Pompeo to hold bilateral talks.

While the abrupt announcement of the postponement of the July meeting had sparked speculation that the US had put its diplomatic and strategic relations with India on the back-burner, officials from both countries maintained that the deferment had nothing to do with the complexities of bilateral engagements in the wake of US sanctions on Russia and Iran.

READ MORE: Why Trump's Idea to 'Fix' Global Trade System May Result in US Isolation

On June 28, 2018, the US Embassy in New Delhi, in a press release, had stated that "the scheduling change was prompted by reasons entirely unrelated to the bilateral relationship…. The U.S. remains firmly committed to a strong relationship with India." The two sides are in contact to identify mutually convenient dates for the meeting.

US Sanctions Against Moscow Not Affecting Russia-India Cooperation – Envoy