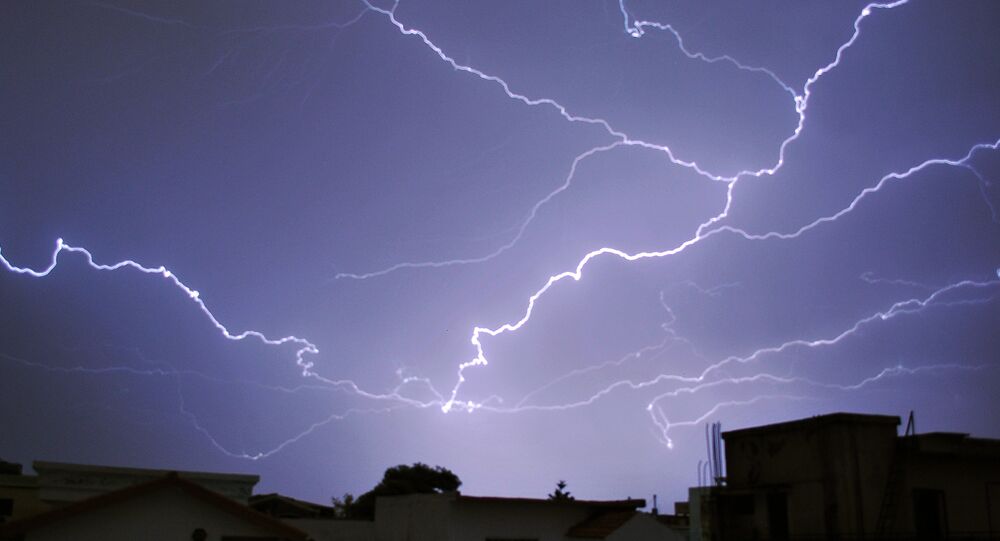 The Indian government has established a high-level thunderstorm expert group mandated to develop a high-resolution operational prediction system by March 2019. The ongoing augmentation of the Indian Meteorological Department’s observational network is expected to improve the mesoscale prediction system.

New Delhi (Sputnik): India's junior minister for home affairs, Kiren Rijiju, told the Parliament on Wednesday that in the pre-monsoon months of May and June, a total of 1,006 persons died, while 635 were severely injured, due to natural calamities including lightning, thunderstorms and floods.

Thunderstorms are a regular feature, especially during the pre-monsoon season (March-June), in India. This year, states like Uttar Pradesh, Bihar and Jharkhand witnessed a record number of thunderstorms, often accompanied by rain, violent winds, lightning and hail.

Many of the deaths (252) occurred in Uttar Pradesh while states like Odisha and West Bengal witnessed 171 deaths; mainly due to lightning.

Earlier this month, the Ministry of Earth Sciences had invited research proposals from universities and academic institutions to predict thunderstorms as the country's weather scientists have till now focused more on other areas like rainfall and climate change.

"The proposed augmentation of the radar network of the Indian Meteorological Department, especially over the northwest Himalayas, will also enable wider coverage under thunderstorm nowcasting," Harsh Vardhan, India's minister of earth science, said.