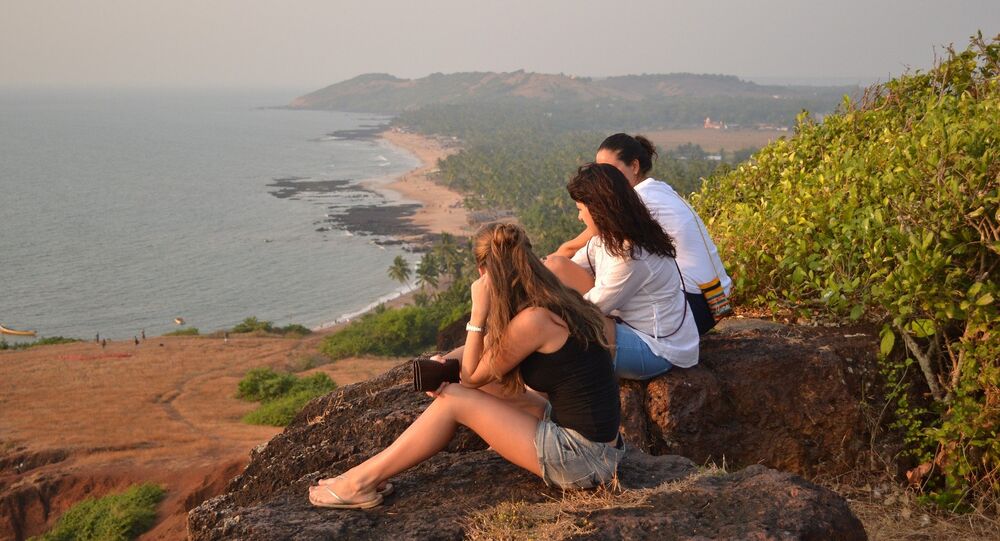 The step has been taken in response to the problem of ‘drinking and littering’ at the popular beach destination, which is thronged with thousands of domestic and international tourists throughout the year.

New Delhi (Sputnik): Goa, India's most popular beach destination known for its 'breeze and booze' has banned the consumption of alcohol at public places. The rule comes into effect from the 15th of August.

READ MORE: Food Tip for Foreign Tourists: Eat Beef at Your Home Then Come to India

"There will be a heavy fine for drinking in public from the next month. We will implement the decision from August 15 onwards," Chief Minister of Goa Manohar Parrikar said.

Mind you, there will be a heavy fine if you are found drinking(in public) from the month of August. We're issuing a notification very soon. I intend to do it before August, so that we can implement it from Aug 15. Same way littering will also have a heavy fine of Rs 2,500: Goa CM pic.twitter.com/UqUZrKQnKw

© Photo : Pixabay
Drug Menace-Hit Goa Gets Tough on Rogue Tourists
The Chief Minister of Goa told the media that the decision was taken considering the lack of civic responsibility among tourists.

"There is something called civic responsibility. The footpath which is developed along the river in Panaji city is being used by the people for drinking beer," Parrikar added.

Goa is considered a tourist paradise, having one of the finest beaches, where tourists from all over the world flock almost throughout the year.

In order to protect the sea and beaches from pollution, Goa has also decided to increase fines for littering and using plastic bags.

READ MORE: Right to Privacy! Flash Unique ID Before Getting Paid For Sex in Goa

Goa is a favourite among Russians as evident from the number of Russian settlers in areas such as Arambol and Morjim. The area is dubbed as "Mini Russia."