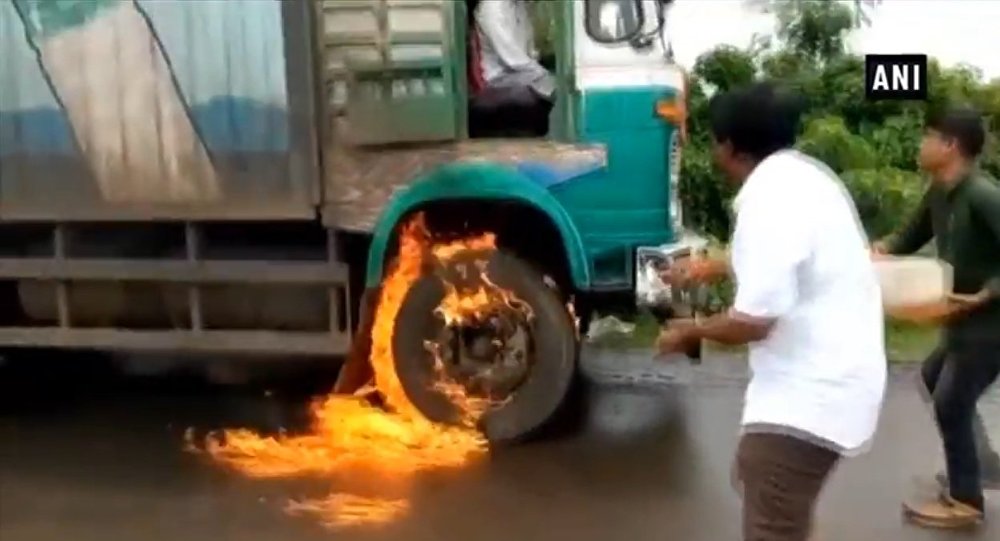 A protest by milk producers in India's central state of Maharashtra turned violent on Monday with demonstrators setting ablaze a vehicle with the driver still seated inside.

New Delhi (Sputnik) —  A chilling video of a truck being set ablaze with the driver still seated inside has surfaced from the Indian state of Maharashtra where dairy farmers have been protesting the government's refusal to fix higher prices for milk products.

The people who set the truck ablaze have been identified as workers of an organization called the Swabhimani Shetkari Sangathan (SSS), who are demanding higher minimum support prices for their milk products in the state, the ANI reported.

© Photo : Pixabay
India Cancels Export of Live Sheep, Goats to UAE Amid Protests
The SSS has been demanding that an assured portion of the selling price of milk products be transferred to the accounts of the dairy farmers as subsidies like it is done in the neighboring state of Karnataka. The government of Maharashtra has, however, turned down the demand calling it an unnecessary burden on the state exchequer.

Meanwhile, the violent activities of the protesters have enraged some people.

These guys should be arrested and put behind bars. People who are giving instructions also should be behind bars. Amazing how these guys run freely after destroying public and private property. The government should instill fear by punishing these types of people.