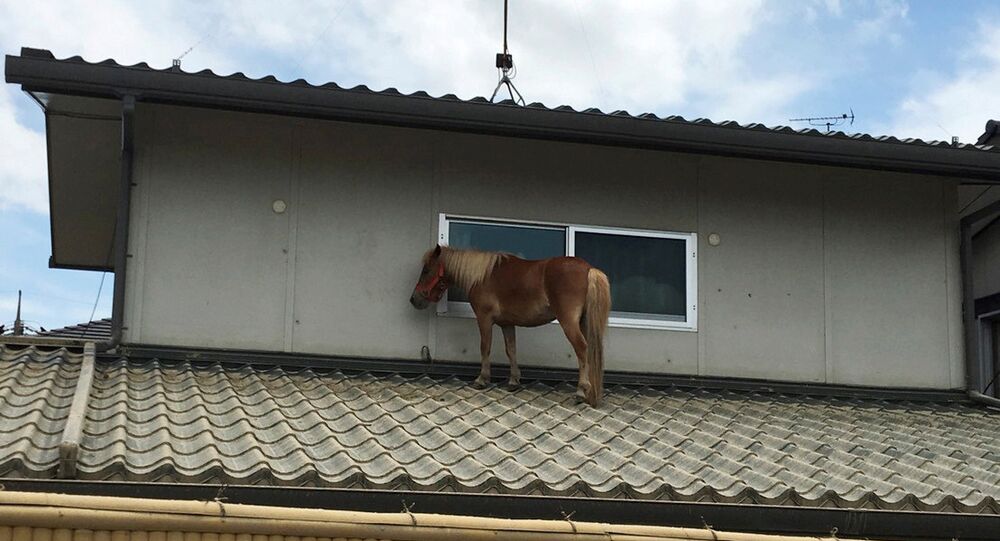 Leaf, a nine year-old mini horse that vanished in last week's devastating floods in western Japan, has fortunately been found alive, having been stranded for days several meters above the ground, on the roof of a local apartment.

The mare, which had been used for therapeutic purposes at an elderly care facility in Kurashiki in Japan’s Okayama Prefecture, was released alongside her colt, Earth, when residents had to be promptly evacuated as torrential rains started raging in the region last Friday.

Three days later, following growing concern that Leaf might have drowned, rescuers for the nonprofit Peace Winds Japan (PWJ), spotted the tiny horse on a roof, as they were carrying out disaster relief efforts, The Japan Times reported.

The horse was thereafter taken down unharmed from the roof and placed in a nearby farm, while the search for its youngster is still underway. Local residents and animal protection campaigners, including from PWJ, have taken to social media, inviting netizens to share pictures of Earth united in hopes that somebody will recognize the animal and report its whereabouts.

"I hope this baby, Earth, is still alive somewhere."