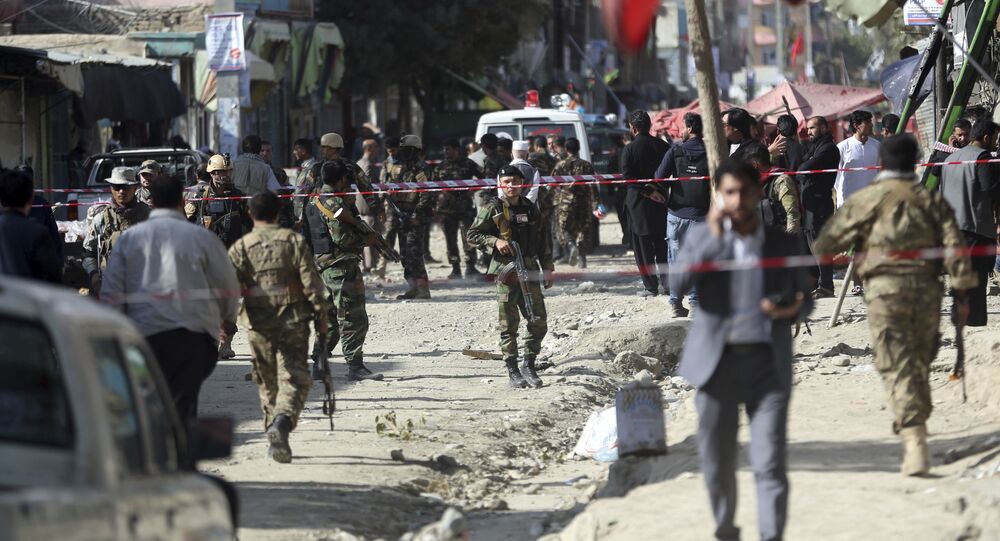 The number of those killed in an attack on the education department's office in Afghanistan's eastern city of Jalalabad has reached 10, with 10 more people injured, local media reported on Wednesday citing the provincial governor's spokesman.

Earlier in the day, a group of gunmen stormed the education department's office and took hostages.

According to the TOLOnews broadcaster, the hours-long clashes between the attackers and the Afghan security forces have ended.

"I can confirm an armed attack on a branch of the education department in Jalalabad," Attaullah Khogyani said, as quoted by AFP.

In late June, Afghanistan's President Ashraf Ghani announced the end to a fragile ceasefire agreement between the government and the Taliban. The struggle in the war-torn country has continued.

© AFP 2020 / NOORULLAH SHIRZADA
Taliban Fighters Kill 30 Gov't Troops in Major Attack After Ceasefire - Governor
According to a report issued in May, government forces control about 39 percent of the country, with roughly half of Afghanistan contested by the Taliban and other militant groups.

On June 7, the Afghan government declared a truce for the period between June 11 and June 19 to mark the end of the Islamic holy month of Ramadan. Later in June, the Taliban* decided to join the ceasefire and also announced a cessation of hostilities for three days on the occasion of the Eid al-Fitr holiday.

Afghanistan has long been suffering from political, social and security instability due to the activity of the various armed groups, including Taliban and Daesh* militants.