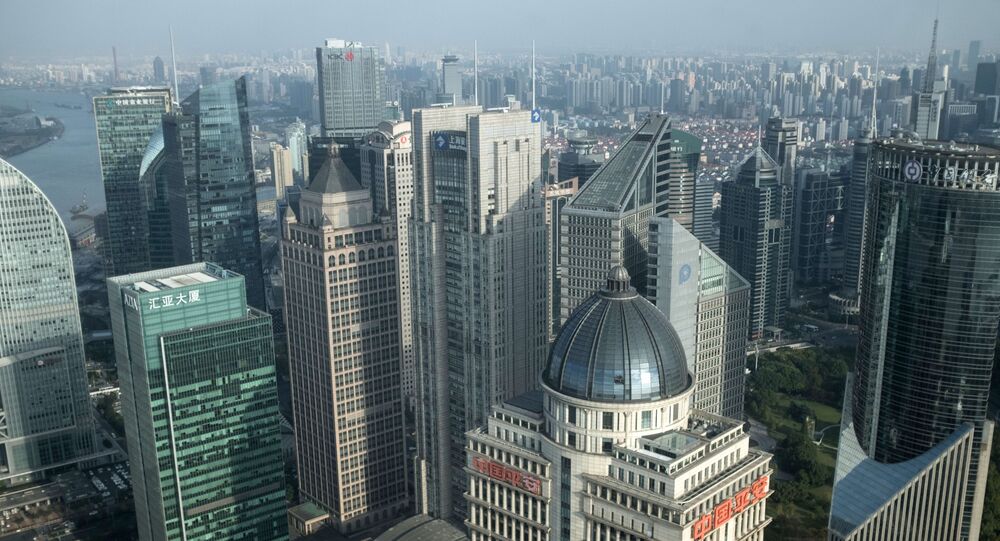 The Regional Comprehensive Economic Partnership (RCEP) is emerging as the world's largest economic bloc in terms of population. The Trump administration's protectionist policies have prompted the Asia-Pacific countries to team up and form a united front.

Donald Trump's tariff wars have given a boost to the Regional Comprehensive Economic Partnership (RCEP), a 16-member Asia-Pacific economic bloc which includes three of the world's four most populous countries as well as two of its three largest economies.

On July 1, 2018, the RCEP summit in Tokyo brought together trade ministers and officials from 16 countries in the region. Addressing the gathering, Japanese Prime Minister Shinzo Abe called upon the participants to "achieve a free, fair and rules-based market in the region" to counter the assertive new trade policies of the US.

"As we are faced with concerns of the rise of protectionism in the world, all of us in Asia must unite, and our future depends on whether we can keep hoisting our flagship principle of free and fair trade," Abe said, as cited by South China Morning Post.

© CC0
Hands Off of My Shoes: Trump, China Trade War Dodges First Daughter’s Brands
Speaking to Sputnik China, Jia Pujing of the People's University of China, noted that "many countries are now determined to protect the multilateral trading system… due to trade provocations by Trump on a global scale."

The pressure exerted by Washington prompted the 10-nation ASEAN bloc, as well as Australia, China, India, Japan, New Zealand and South Korea to put their old disputes into cold storage and seek the early conclusion of the RCEP deal.

According to The Nikkei, the summit participants agreed to "focus efforts towards achieving a package of year-end outcomes." The media outlet further specified that the negotiators are due to meet in mid-July in Thailand in order to consider the elimination of tariffs and the establishment of rules for free trade in the region. They are expected to meet again in August in Singapore to prepare for a final meeting in November.

The bloc has all chances to become the leading global economic association. According to the World Bank, the participants' total GDP increased from $21.9 trillion to $25.5 trillion between 2012 and 2017. Their share in global GDP soared from 29.3 to 31.6 percent in the same period. Furthermore, the bloc's population amounts to 3.5 billion people, which is 47.5 percent of the world's population.

The RCEP that emerged as a viable alternative to the Obama-era Transatlantic Trade and Investment Partnership (TTIP), which was ripped up by Trump in 2017, may help the Asian nations overcome inner contradictions and solve old disputes, according to Indian political analyst Dr. Mohan Guruswamy.

"If China starts investing in India's manufacturing sector, it will create tens of thousands of jobs as well as new opportunities for Indian exports, which will eventually solve the stupid territorial conflict," Dr. Guruswamy opined.

© Photo : Pixabay
China to Reduce Tariffs on Indian Medicines After Xi-Modi Summit
However, the new association is unlikely to disrupt the countries' trade ties with the US that remains for most of them, most notably Japan, China and South Korea, an important trade partner. Nevertheless, the creation of a new free economic zone in Asia will affect Washington's trade strategy. US sanctions imposed against some of the bloc's member states will simply become meaningless due to re-export rules in the free economic zone.

On the other hand, it is highly unlikely that Washington will introduce collective sanctions against all RCEP participants, which would mean nothing short of "economic suicide."

For its part, Russia may substantially benefit from providing the new association with energy supplies. Moscow continues to boost its energy cooperation with the two major powers of the emerging alliance — China and India.

Gazprom
Gazprom Returns to Idea of Building Gas Pipeline to South Korea Through DPRK
On May 21, 2014 Gazprom and China's state-owned oil and gas company CNPC signed a 30-year agreement envisaging the annual provision of 38 billion cubic meters of natural gas to China through the Power of Siberia route.

On June 8, 2018 Alexey Miller, Chairman of the Gazprom Management Committee met with Wang Yilin, Chairman of the Board of Directors of CNPC and confirmed that the project was going according to schedule.

Meanwhile, Russia kicked off its liquefied natural gas (LNG) supplies to India. In accordance with the Russian-Indian deal, Gazprom is expected to supply an estimated $25 billion worth of LNG over the contract period of 20 years. It is likely that China and India's other Asian partners will follow suit.

China to Reduce Tariffs on Indian Medicines After Xi-Modi Summit