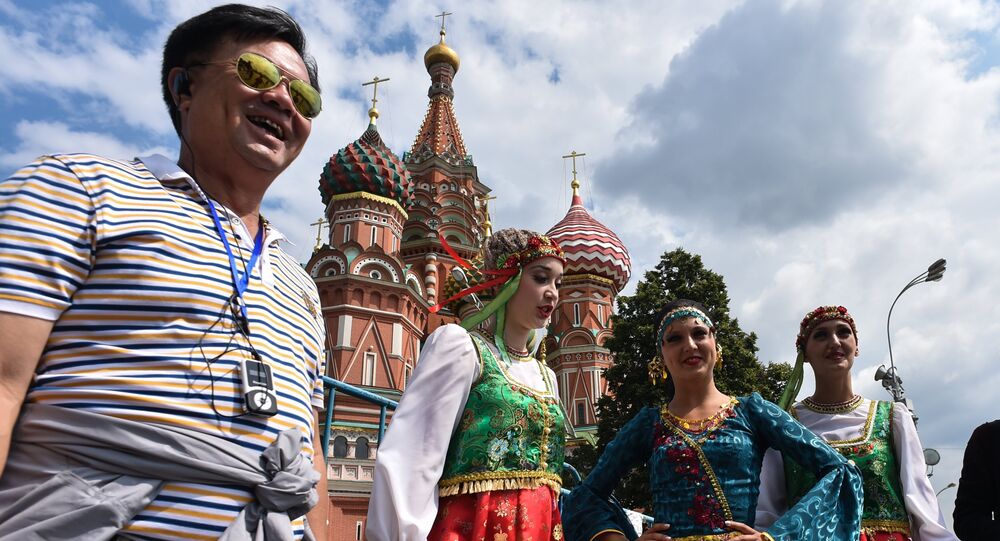 Foreign tourist arrivals in India had crossed the 10 million mark last year. The country aims to double the number in the next three years.

New Delhi (Sputnik): After successfully conducting road shows in the US to attract tourists to India, the country's tourism ministry is now aiming to woo the people of Russia, China and various Nordic countries with similar road shows.

"We are also going to have a big-time roadshow in China because it has the biggest tourist outflow. Last year, it had 144 million outbound tourists. India got only 2.5 lakhs of that so we are going to make moves so that the numbers go up dramatically," Minister for Tourism K J Alphons told a press conference in New Delhi on Tuesday.

A source told Sputnik that Russia is also among the countries being targeted by India's tourism ministry.

Tourism Minister @alphonstourism briefs the media about the ‘Indian Tourism Mart’ to be held from 16th to 18th September 2018, in New Delhi pic.twitter.com/Tx81aHoOPa

"We are in the process of finalizing the details of roadshows that will be conducted in various cities of Russia. Our assessment is that Russia has a good market for us. Therefore we are focusing to tap the tourist potential there," an official from the ministry of tourism, who wished to remain anonymous, told Sputnik.

India's tourism ministry is going to organize the first "Indian Tourism Mart" in September this year in New Delhi to bring together all stakeholders of the tourism industry.

"Through ITM (Indian Tourism Mart) we are trying to get the best buyers in the world and get them meet our sellers including state governments, tour operators, travel agents and other tourism industry stakeholders," Tourism Minister K J Alphons added.

India Tourism Mart (ITM) in September 2018 would be the first of its kind tourism event in India on lines of ITB Berlin, ATM Dubai, and WTM London which provide platform for stakeholders in tourism industry to network for business opportunities with buyers from across the globe. https://t.co/ThIt3APBvX

India Adopts Measures to Make Itself Safer for Foreign Tourists

India Limits Taj Mahal Tourists to 40,000 Per Day to Prevent Wear and Tear