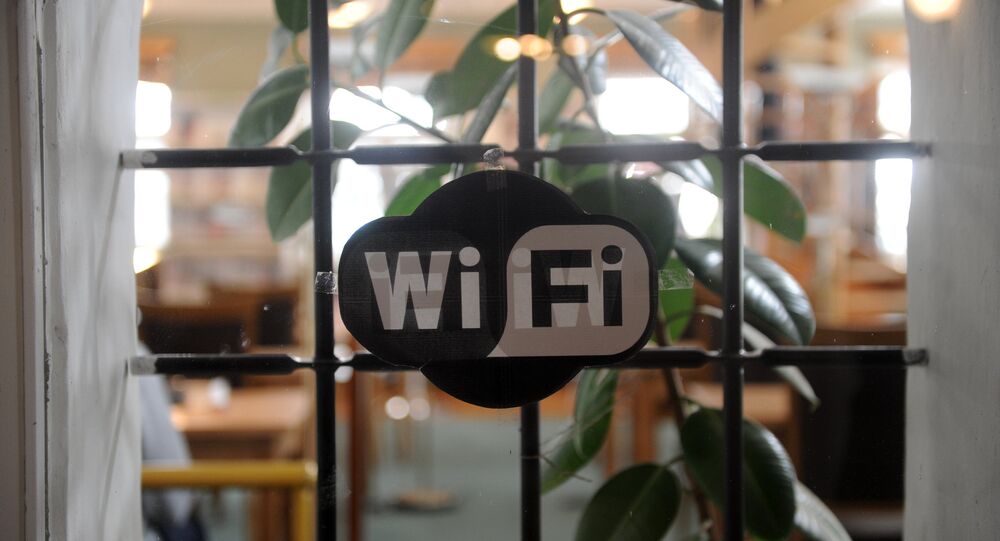 The Telecom Regulatory Authority in India (TRAI) has floated a multi-million-dollar tender for public WiFi hotspots across the country. Certain states like Tamil Nadu and the national capital, Delhi, have already embarked on this digital advancement by providing internet access at key locations.

New Delhi (Sputnik) – The Indian government plans to install low-cost public WiFi hotspots across the country to speed up its "Digital India" program by involving a new set of unlicensed players that will be allowed to resell internet services. However, telecom companies have vehemently opposed the idea, claiming that will adversely affect the debt-ridden telecom industry and could trigger a "national security hazard."

READ MORE: Indians in Border Areas Will No Longer Have to Listen to Chinese Broadcast

Last week, based on existing rules for cyber cafes in India, TRAI had recommended that a new set of players, namely public data office aggregators (PDOAs), should be allowed to resell internet services through small shops, which would be called public data offices (PDOs).

© CC BY 2.0 / Matthew Hurst / WiFi onboard
Catching Up With Global Trend, India to Allow In-Flight Telecom, Data Services
While there is a general consensus for free WiFi in the country, there are numerous people backing the concerns of telecom operators.

The Cellular Operators Association of India (COAI), which represents large telecom companies, including Bharti Airtel, Reliance Jio, Vodafone and Idea Cellular, has sought the intervention of the prime minister in stopping the TRAI from implementing the proposal claiming that it will lead to a non-level playing field between telecom companies that hold licenses and those that will provide internet service without a license. However, in a recent letter to the government, the industry body said that the PDOs' scheme could be implemented in the rural areas of the country.